The National Centre for Pastoral Research has published the final report of the Listening and Dialogue phase of the Plenary Council, capturing the voices of more than 222,000 people.

The 314-page report provides insights into the 17,457 individual and group submissions received from May 2018 until March 2019. It also outlines the Listening and Dialogue process, including the questions asked, the research methodology and the preparation of the final report.

Perth Archbishop Timothy Costelloe SDB, president of the Plenary Council, said he hoped when people read the report they “will be encouraged by the passion and commitment which the invitation to enter the journey has generated in such an extraordinary way”.

“In the first phase of our journey, this listening has produced an extraordinary treasure of ideas and proposals which represents the heartfelt response of many people,” he said.

“The great challenge ahead of us now is to ‘catch’ the voice of the Holy Spirit within the passionate, hopeful but sometimes contradictory voices of God’s people.”

National Centre for Pastoral Research director Trudy Dantis said the Plenary Council has already been one of the most ambitious research projects the Church has ever undertaken.

“For the bishops to invite the people of God in Australia to respond to such a broad question was a courageous move and the response was overwhelming,” Dr Dantis said.

“We could not have predicted the number of voices from which we would hear, but we were able to use high-level research and analysis tools to understand the threads and topics on which people spoke.

“This report is faithful to the stories told, the questions asked and the opinions shared.”

Archbishop Costelloe acknowledged that the invitation to open listening and dialogue, and the honest and open reporting of what arose from that, means that people “may be challenged, and even disturbed” by some of the responses.

“The ongoing journey of the Plenary Council provides us all with an opportunity to deepen our own reflection in the light of what other members of the Church have expressed, as together we now enter into the next phase of the journey: the Listening and Discernment phase,” he said.

Plenary Council facilitator Lana Turvey-Collins said the second phase of preparation – Listening and Discernment – will begin in earnest in August. It is after that time of discernment, which will run for several months, that the agenda for the Plenary Council will begin to emerge.

Archbishop Costelloe said the Plenary Council has been an exercise in being open to the guidance of the Holy Spirit, with the Council’s theme coming from the Book of Revelation: “Listen to what the Spirit in Saying.”

That ought to continue in the coming months, he explained.

“As we now enter into the crucial phase of Listening and Discernment […] may we be open to the wisdom of the Holy Spirit who will lead us into the fullness of the Truth (cf. Jn 16:13) and eager for that gift of humility which will equip us for the opportunities, the challenges and the joys which now lay ahead of us,” Archbishop Costelloe said.

The final report of the Listening and Dialogue phase can be found on the Plenary Council website: http://plenarycouncil.catholic.org.au/resources/reports/ 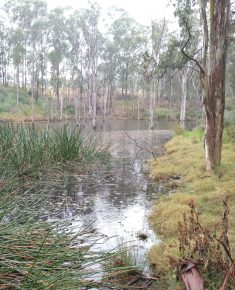