Sisters of the Good Samaritan have welcomed and received Dianne Mai into the Novitiate community where she will continue the ongoing discernment of God’s call. The Rite of Reception for Dianne was celebrated with Morning Prayer, in the beautiful surrounds of the Novitiate at Lawson, NSW. In the name of the community, Dianne was received by the Congregational Leader, Sister Patty Fawkner, in the presence of the Lawson community and Sister Meg Kahler.

Patty spoke of Dianne’s desire and persistence, “One of the conditions for entering the Novitiate, as our Constitutions note, is that the candidate persists in her desire. I can assure you that Dianne has been persistent.  Something in her tells her that Good Samaritan life is where God is calling her to live out her life within a prayerful community on mission.”

Dianne was born in Vietnam and came to Australian shores as a refugee in the early 80s. Her high schooling included time with both the Presentation Sisters at Mt Erin College, Wagga Wagga, New South Wales, and with the Brigidine Sisters at St Killester College, Springvale, Victoria.

Her journey started with the Good Samaritans in 2009 when she attended a Spiritual Leaders course facilitated by Sister Kathleen Spokes at Heart of Life, Box Hill, Victoria. Over the next four years her encounters with other Good Sams became more frequent.

“When I was on my discernment journey with a few congregations I became acquainted with [Good Samaritan Sister] Gerry Kearney, who was part of Kairos,” says Dianne. “I learned that Good Sams are also involved with many ministries. ‘There is hope for me’ I thought. I then made my inquiry.” Patty placing the medal of St Benedict on Dianne

Novice Director, Sister Maree Nash says, “Novitiate is a time of entering a more intense time of formation in entering into our Good Samaritan way of life.”

“Dianne will be required to observe a balanced schedule of prayer and quiet, classes and study, recreation, leisure and physical exercise.

“Novitiate is a time for the candidate to deepen her relationship with God and the community. It is also a place where she can be further formed in mind and heart in the spirit of the community and the Rule of Benedict.”

Dianne says the Rule of Benedict and its emphasis on living a balanced, meaningful and attentive life is what drew her to the Good Samaritans. 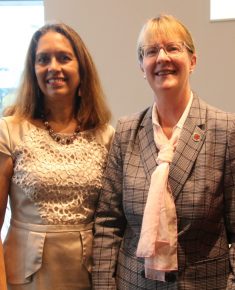 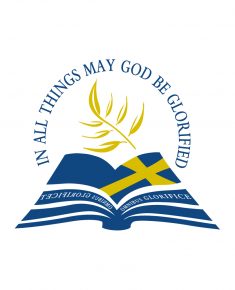