St Scholastica’s College rises to a new challenge for boarders

The COVID-19 pandemic had a big impact on education right across Australia as schools closed and home-learning took over, but one group of students who faced particular challenges were boarders, for whom home and school are one and the same during term-time.

St Scholastica’s College at Glebe in Sydney is a Good Samaritan Education school which is generally home to 85 to 100 boarders in addition to day students.

Principal Kate Rayment said most of those boarders came from rural or regional Australia, including remote Aboriginal communities, and some were from overseas. 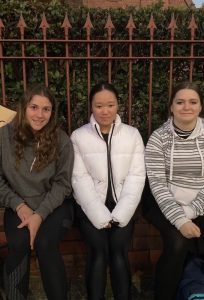 Kate said the school identified the coronavirus situation as a potential problem in January, when the students were at home for the school holidays, and began acting quickly.

“We were contacting families of girls overseas and telling them it would best to get back here now and go into isolation, preferably with guardians in Sydney, before borders were closed and they couldn’t get back,” she said. “As it turned out, those who didn’t get back before the end of the holidays couldn’t get back.”

Things grew even more challenging as the end of Term One approached and the decision was made to close the boarding school before the holidays.

“We were told that if someone gets the coronavirus it will spread through the entire boarding school,” Kate said. “The advice we received was that if you can’t isolate the students you can’t keep your boarding open. The risk was just too great.

“We advised the students to stay in Australia if they could. Most did that. A few didn’t and they got caught when the borders closed.”

As the pandemic picked up and schools were closed, online learning took over, but for the students trapped overseas, the time difference was difficult, trying to tap into the online lessons at all hours of the night.

There were significant challenges for Australian-based boarding students as well. 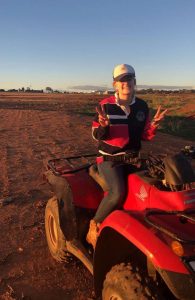 “For instance, our girls from Lord Howe Island had difficulty because the internet is very poor there and mail doesn’t come every day,” Kate said.

“And in Hall’s Creek in Western Australia, the Aboriginal community was very fearful of the students bringing coronavirus back with them from Sydney into the community. Their answer was for the students and some family members to ‘go bush’, so you can imagine that you can’t use computers when you’re out in the bush.

“As a consequence, those students began to disengage and it’s been very difficult to re-engage them after more than a term without learning.”

Head of Boarding Libby Molony said the pastoral care of the students and their families had been a priority for her and the school throughout the pandemic.

“It was an experience and a half,”’ she said. “A lot of our rural and regional families were still right in the middle of dealing with the impact of the summer bushfires, which had been devastating for some. And then this happened. It was very hard for them.”

During online learning, St Scholastica’s restructured its timetable, breaking the day into four one-hour periods, including time each day for community engagement where the girls were encouraged to take part in group activities such as cake-baking, a book club, and film reviews to help them stay connected.

As school returned, international and state border closures meant that some boarding students remained at home and the teaching staff began live-streaming their lessons.

Libby said that as the boarders slowly returned in a staggered operation beginning with Year 12, there were new challenges in terms of protocols and staff management.

Meal times had to be staggered to achieve social distancing and meals had to be single serve. Students must now be accommodated one per room, rather than two per room previously for junior school students.

But despite all these changes, the girls are happy to be back at school, Libby said.

“We’re hearing lots of students saying how pleased they are to be back at school and how much they appreciate what they’ve got here and the sacrifices their parents are making. And comments like that are really lovely to hear at any boarding school.”

Christmas a time of celebration, joy and hope 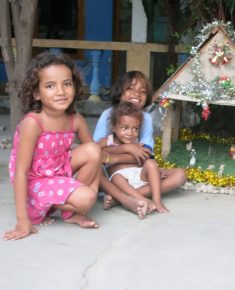