Over many generations, religious sisters have been called to provide pastoral care and support to some of the most remote, disadvantaged communities in Australia.

For more than 30 years the Sisters of the Good Samaritan had a presence in Mount Magnet in Western Australia, until the departure of Sister Gerri Boylan SGS in February this year.

This is part of a broader pattern of religious sisters departing remote communities where they have had a long presence. The communities are typically highly disadvantaged and the sisters have played an important role in providing much-needed pastoral support and companionship.

While the sisters are leaving, the community need continues.

With the support of Catholic Church Insurance through its CCI Giving Small Grants program, a Remote Area Pastoral Support pilot project will be undertaken in Mt Magnet. This will be an opportunity to trial a new model for providing pastoral support in remote communities over 12 months. 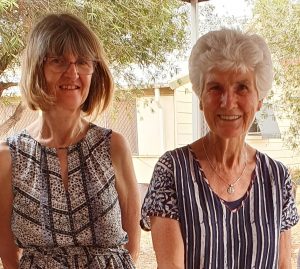 Good Samaritan Oblate Cathy Jones will participate in the trial. Cathy is a former school principal and is now employed by the Diocese of Geraldton as Pastoral Leader for Mt Magnet Parish.

Mt Magnet is located 342 kilometres east of Geraldton and 560 kilometres north-east of Perth and provides services to pastoral and mining industries in the region.

In the 2011 Census, Mt Magnet scored above the state average levels for unemployment and other indicators of disadvantage: 31% of households live on less than $650 per week and 43.5% identify as Aboriginal Australians. Educational attainment is roughly half the state average. (2011 Census QuickStats)

The grant will be used to support Cathy with training and mentoring to assist her in gaining significant skills and confidence in her new role as she develops her pastoral support skills and networks.

The program will assist Cathy to connect with other women in similar roles in remote communities through technology, which for many people has been the main means of communication during the COVID-19 pandemic.

The ultimate benefit will be delivered to the remote community members at Mt Magnet. In addition, the ecclesial community will benefit by the sharing of connections and resources between the Good Samaritan Sisters and the Diocese of Geraldton.

Cathy will provide continuous feedback throughout the project period. The process will be documented so that the learnings can be applied to other remote area communities seeking to appoint a lay pastoral leader.

The pilot will enable the Sisters to evaluate the options for extending the program to other remote communities and identify the best technology platforms to support and connect lay pastoral leaders.

Published in The Good Oil, December 2020.