The Catholic community in Australia will celebrate a major milestone this year, marking 200 years of Catholic education in this country.

The Sisters of the Good Samaritan will share in the celebrations, having played an important role in the Catholic education sector from colonial times when they took on the management of their first school in Parramatta in 1859.

Over the past 160 years, the Good Sams have taught in about 240 schools in cities, towns and rural areas in New South Wales, the ACT, Victoria, South Australia, Western Australia and Queensland. 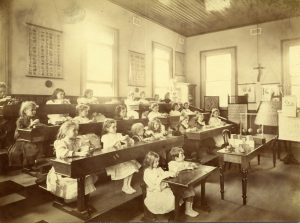 Their involvement continues today, through Good Samaritan Education, the ecclesial community established by the Sisters in 2011 to carry their charism forward in Catholic education and which now operates 10 colleges across three states.

A national launch of the bicentennial celebrations of Catholic education in Australia will be held on February 18 in the Diocese of Parramatta, which has connections to the first Catholic school opened in Hunter Street, Parramatta, in October 1820 by Fr John Therry.

“Over 200 years, Catholic schools have educated millions of Australian students,” Ms Collins said. “We have grown alongside the government sector in ensuring the education of generations of young people, and have contributed to the development of individuals, local communities, and the economic and social fabric of this nation.” 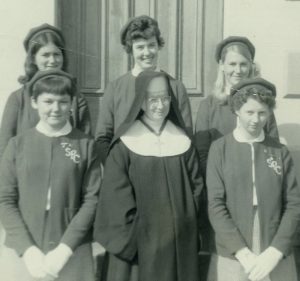 Ms Collins said that as the Catholic community celebrates 200 years of Catholic education in Australia, it recognises and pays respect to the Aboriginal and Torres Strait Islander peoples, the First Australians and first educators of this land.

“They have educated their children for tens of thousands of years and make a significant and valued contribution to our school communities and the cultural and spiritual heritage of Australia,” she said.

“We also acknowledge that throughout our 200-year history we have not always lived up to our mission to safeguard the wellbeing of the children and young people in our care. We recognise these failings and are committed to ensure Catholic schools are safe and life-giving places for all students.”

Ms Collins said the bicentenary, which carries the theme, Faith in the Future, was an opportunity to celebrate those who had served in Catholic education since its earliest days, including the contribution of religious institutes, clergy and lay people in the foundation of schools across Australia, as well as the continuity of the mission today. 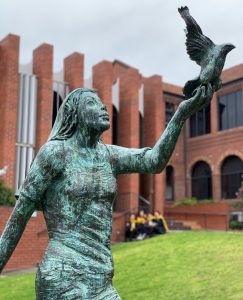 In her publication, Journey to Good Samaritan Education*, Sr Mary McDonald SGS said the involvement of the Sisters of the Good Samaritan in Catholic education could be traced back to 1858 when a representation was made to the government concerning the mismanagement and neglect of the 400 orphans in the Catholic section of the government orphanage at Parramatta.

“Archbishop Polding was asked to send a group of sisters who would take over the management of the orphanage and its school,” she wrote. “In 1859, three sisters were appointed to do this work: Magdalen Adamson SGS matron, Agnes Hart SGS sub-matron, and Gertrude Byrne SGS who was in charge of the school.”

The next year, in 1860, two sisters were assigned to take charge of the Catholic denominational school in Sussex Street, Sydney. Prior to their arrival the school was run by a charitable lady (SGS Annals, 1857-1938).

“In February 1880, the Public Instruction Act was passed into law in the New South Wales parliament and so ended the funding of denominational schools in New South Wales, most of which were Catholic. In the shared Catholic memory, this is often seen as the genesis for the creation of the Catholic school system in Australia,” Sr Mary wrote. 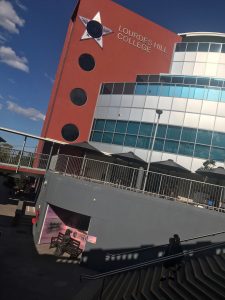 In looking back over the 200 years of Catholic education in Australia, Good Samaritan Sister, educator and former NCEC Commissioner Catherine Slattery said the social contribution of the local Catholic school was immense, especially, but not exclusively, in the far-flung and often isolated towns and communities.

“The Sisters were not passing through. They were there to stay – they shared their love of learning, their music, their appreciation of culture and the faith that sustained them,” she said. “They inserted themselves into the local community. They gave much and received even more in return.”

A virtual launch of the 200th anniversary of Catholic education will be live streamed on February 18 with local dioceses and schools launching their celebrations in the week of February 22-26.

A national Mass will be celebrated in every diocese on the Feast of Our Lady Help of Christians on May 24. It is anticipated that some of these Masses will be live streamed to school communities in each diocese. For further information visit www.200years.catholic.edu.au