The story of the Sisters of the Good Samaritan’s historic Wivenhoe House in Camden, New South Wales, is set to turn full circle when it once again welcomes young people through the doors as it first did more than 110 years ago.

Wivenhoe House was bought by the Good Sams in 1910 to house the orphans entrusted to their love and care. More than a century later it has been announced that the stately colonial manor will be utilised by the Mater Dei Organisation as a ‘Launchpad’ for its NextPath Continuous Learning program for young adults with intellectual disability. 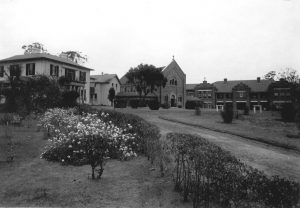 Camden Convent and Orphanage. Image: Sisters of the Good Samaritan.

In sharing the news about their move into Wivenhoe, Mater Dei said the NextPath Launchpads “are essentially the learning campuses for our Young Adults in the program, and this historic and unique site has certainly piqued the curiosity of the NextPath staff and Young Adults”.

Sister Mary Smith SGS, who has been the Manager of Wivenhoe House since 2005, said while there was some sadness at the house ceasing to operate as an historic house for the community to visit, she and the local volunteers who have been central to its operations are delighted that young people will once again walk the halls.

“It really is a case of coming full circle,” she said. “Although the Sisters’ ministry at Wivenhoe was originally for orphans, over the past 110 years countless numbers of children, both orphans and students at Mater Dei, have benefited from the Good Sams owning this house.

“Its whole focus has been and will continue to be on enriching lives.”

In a video produced by Camden Council, Sr Mary reflects on the property’s rich history. 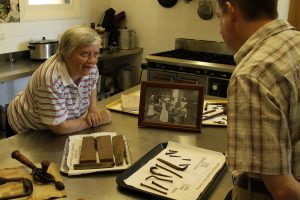 Wivenhoe House sits on land granted to the Reverend William Cowper by Governor Lachlan Macquarie on August 23, 1812. The house was built in 1837 for Reverend Cowper’s son, Sir Charles Cowper.

Following the Cowpers, two other families owned the Wivenhoe Estate before the Sisters of the Good Samaritan bought it in 1910 to replace their orphanage and industrial school in Manly.

“Mother Mary Berchmans McLaughlin, in the search for a better environment for the health and wellbeing of the children at Manly Industrial School, purchased what was then the country estate of Oswald Watt,” Sr Mary said.

“Here, in this glorious country estate with its orchards, vegetable gardens, dairy and chooks, the Sisters continued their ministry to the needy, vulnerable and orphaned children entrusted to their love and care.” 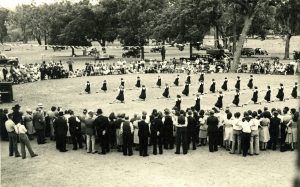 The house, better known as ‘Mater Dei’, went on to be home for almost 2000 children until the orphanage closed in 1957.

“Given that Good Samaritan leadership has always been responsive to change, it is no surprise that in 1957, at the request of Bishop McCabe of Wollongong, when the care of children with disability was an overwhelming need, Mater Dei opened its doors to welcome a new cluster of children,” Sr Mary said.

Over the years, as funds were raised and purpose-built accommodation and facilities eventuated for the Mater Dei School, Wivenhoe House mainly became the private residence of the Sisters.

From 1995 to 1999, the house was used as a function centre under the auspices of Mater Dei School until it was temporarily closed for restoration work. 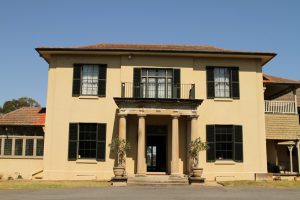 Sr Mary said there was a beautiful symmetry to the house now returning to its former life of caring for and nurturing the future of young people.

“Symmetry is a great word because the architect, John Verge, was all about symmetry and you can see that in this house. So it’s perfect really that there is that symmetry in the plans for its future.

“It’s been wonderful that so many people over the years could come and enjoy the house and the new chapter will be a beautiful continuation of the story.”