Bennies carries the can to help improve access to clean water

On the 5th anniversary of Pope Francis’ encyclical Laudato Si’ – on care for our common home, the Dicastery for Promoting Integral Human Development announced an Anniversary Year, which finishes on May 24 this year.

The centrepiece is a Laudato Si’ Action Platform, which launches a seven-year journey towards addressing seven Laudato Si’ Goals. The Action Platform calls for action at all levels – local, regional, national and international. It seeks to engage seven sets of institutions, including religious congregations and schools.

The Laudato Si’ Goals name seven major challenges and point to an integrated program of action to respond at all levels: 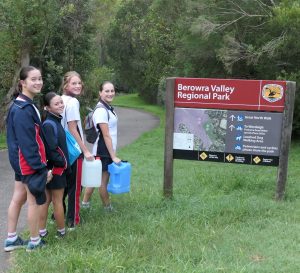 In their Response to the Cry of the Earth, students and staff at Mount St Benedict College in Pennant Hills undertook the school’s 17th annual Bennies Caritas Trek during Lent this year. A group of 85 students and 12 staff walked a six-kilometre round trek from the school to collect water from a local creek.

Part of the journey consisted of waking up early to be at school at 6.30am. This activity was undertaken in solidarity with the millions of women and girls in many parts of the world who have the daily responsibility of walking long distances to collect water for their family and their village. This is arduous work and must be completed in addition to the other activities of the day. Many girls around the world undertake this ‘trek’ to collect water before going to school.

Year 10 student Amy described how they carried jerrycans to Berowra Valley Regional Park and filled them with water from a creek. “To get the full jerrycans back, we used sticks to help carry them on our shoulders. As easy as it looks, once we filled them with water they became very heavy and hard to carry. So everyone took turns sharing the cans around giving others a break.” 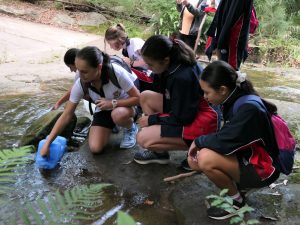 Mia in Year 11 said the Caritas Trek gave students the opportunity to get a glimpse of the experience that many people across the world undertake daily to have safe drinking water.

“It allowed us to gain a perspective and develop deeper empathy for people who struggle to have the basic human right to clean and accessible water, something that we often take for granted,” she said. “It was a humbling and challenging experience and students were also able to raise money to donate to Caritas as part of Project Compassion.”

Sarah in Year 7 said in countries like Australia, “we are fortunate to live a privileged life where access to running water and education are available to all, however, this is not the reality for thousands of people around the world.

“With the 2021 Caritas theme of ‘Be More’, the trek provided a profound opportunity to raise awareness and develop empathy for people less fortunate and was an active and authentic way to raise funds for Caritas.” 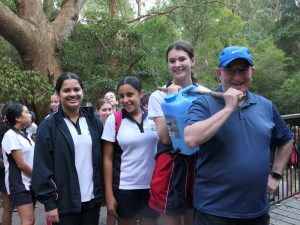 Charlotte in Year 10 said the trek was an opportunity to fundraise and educate people in social justice, with the aim of inspiring them to ‘be more’ for the poorest in the world.

“Overall, we raised around $500 from the trek alone. So far, as a school we have raised $4000. This means we can provide a small village in Indonesia with the materials to build a clean water system.”

Pope Francis says: “… access to safe drinkable water is a basic and universal human right, since it is essential to human survival and, as such, is a condition for the exercise of other human rights. Our world has a grave social debt towards the poor who lack access to drinking water, because they are denied the right to a life consistent with their inalienable dignity.” (LS, #30) 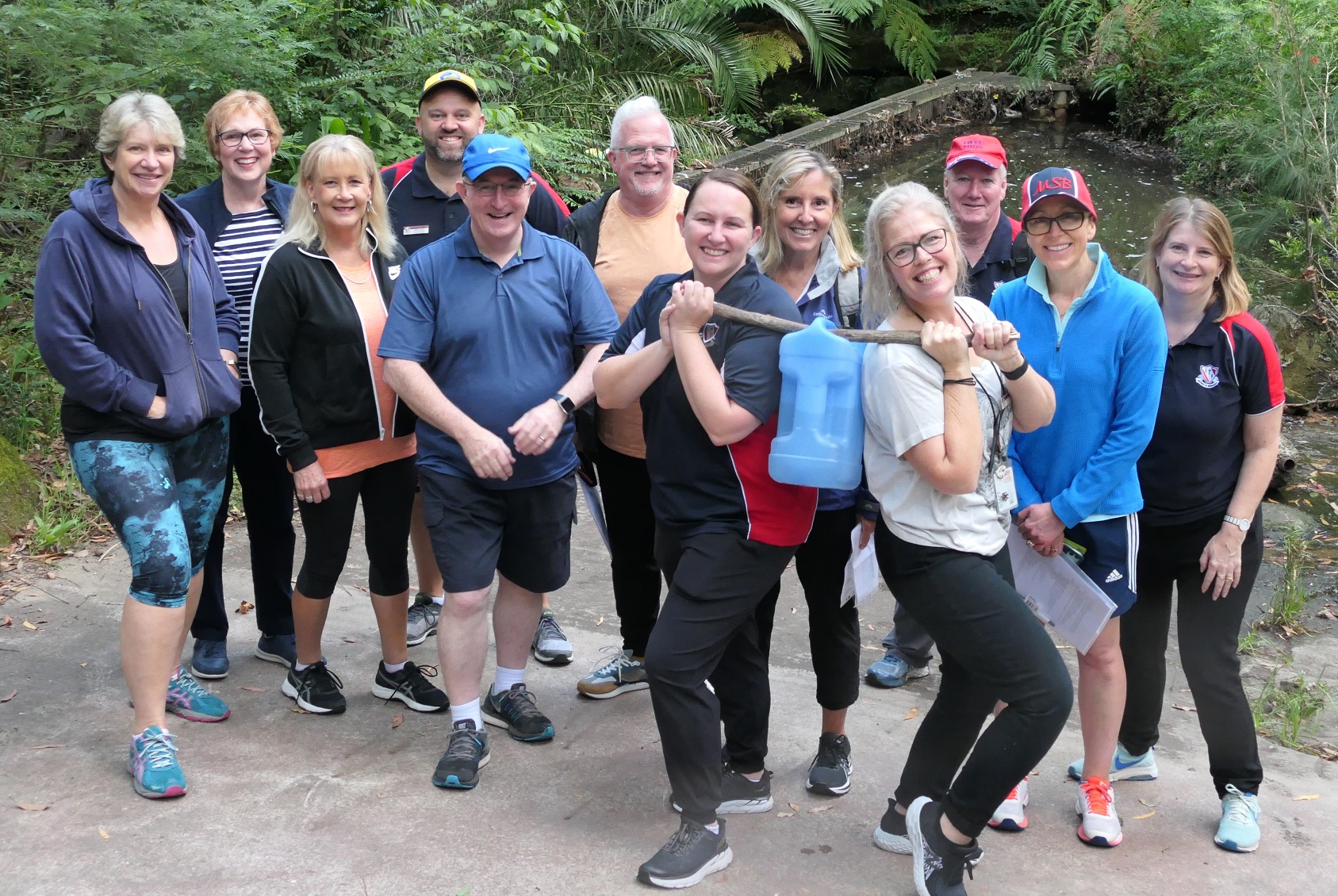 This article was published in The Good Oil, April 2021.