It’s been a long and prayerful journey for Ivy Dalgety, but after many years of association with the Sisters of the Good Samaritan, she became a Good Samaritan Oblate recently, in a “beautiful, spirit-filled” ceremony in Western Australia.

“It was a very blessed day,” Ivy says. “The little chapel we were in was filled with the Spirit. It was beautiful.”

Born in Geraldton in 1950, Ivy, who is a Yamaji-Nyoongar woman, moved around different towns and schools as a child because her father worked on the railways.

After school, she worked at a few different places before having six children – three girls and three boys.

“So I was mainly a homemaker for a number of years,” Ivy says. “But then, when the kids were getting on in school, I went back to TAFE as a mature-age student to learn some of the things that would help me help them along in their schooling.

“From there, I spent a number of years at TAFE doing different courses until one day I came across a Primary Healthcare Worker course and I jumped at it because I wanted to become an Aboriginal healthcare worker and help my people.”

Ivy spent the following decades working in her local community in Western Australia.

“Aboriginal people were dying at the age of around 50 then, which is well below the average age of white people’s deaths and I wanted to do my part in lifting that age,” she says.

“I think a part of that was me trying to get more of a sound knowledge of what happened in my own family’s situation and connecting with other people who were on that journey,” she says. 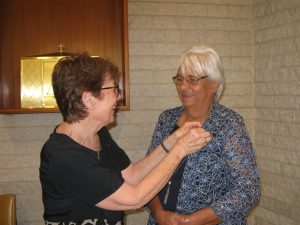 Ivy says faith has always been a part of her life in a peripheral sense.

“We were baptised Catholic but didn’t get to church regularly,” she says. “Mum used to send us off to Sunday School in the little country towns we lived in. And then later, the priest used to travel around the area and he called in and saw Mum and asked if she wanted to send the older children to what they called the ‘Bushie School’ where they prepared us for First Holy Communion and Confirmation. The ‘Bushie School’ was held in Morawa and Geraldton during the school holidays.

“But when I grew up and then had a family, that side of things got put on the back-burner.”

A very traumatic experience for Ivy and her family resulted in a period of “deep grief and depression” and led her to seek something which might help and heal her.

“I knew I had to find something to help me then. I didn’t want to go down a pathway where there was nothing, like drinking. I was looking for something else,” she says.

Ivy found that something else during a 2006 visit to her older sister, Elaine Wally, who was living in Three Springs, a small town in the WA Wheatbelt. She and Elaine were invited to go to church.

“So I went along and I met Good Samaritan Sister Anna Warlow and Loreto Sister Ellen Moran and I knew that what they had was what I wanted to fill me up, to fill the void,” she says.

With her sister Elaine, their journey of faith had begun, encouraged and supported by Sr Anna and Sr Ellen.

“Looking back, that was when I really started on the road, on this long journey, led by the Spirit, to becoming an Oblate,” she says.

While Ivy met other women who, like her sister, were journeying towards becoming Good Samaritan Oblates, she didn’t commit straight away.

“I was still thinking about it as I had been through a lot,” she says. “But I met this beautiful group of women who were on the same journey and it was very healing for me.”

A couple of years ago, Ivy was on a retreat when she was struck by the parable of the invalid man by the pool in Bethesda, who wants to get in and be healed, but can’t.

“I said to my companion during that retreat, ‘That’s me! I’m by the pool and it’s time to get in. I need to pick up my mat and walk!’”

She was just about to move forward with her Oblation when COVID-19 came along and it was delayed for more than a year.

But Ivy says it was worth the wait. “It was just so beautiful. I feel very blessed to be joining the Good Samaritans as an Oblate after my long journey with them.

“Using the Rule of St Benedict as a guide is really good. Over the years you get connected with it. It was written thousands of years ago but you can still adapt it to today’s living.

“I see it as being complementary to what the Aboriginal people believed in terms of spirituality.”

Ivy’s Oblation Ceremony was held in Perth on April 23, and doubled as a farewell for Sr Anna Warlow, the last Good Samaritan Sister working in WA. It was attended by Congregational Leader Sr Patty Fawkner and Sr Meg Kahler, a member of the Good Samaritan Sisters Council, as well as fellow Oblates and friends from WA and South Australia.

“It’s up to us Oblates to keep it going over here now,” she says. “We try to gather together at least three times throughout each year with most of our Oblates travelling 4-8 hours from rural areas. We’re going to continue to do this, to gather, pray, learn and be together in the various locations of Oblates. There is a cost, but we are committed to doing this to keep the Good Sam spirit alive.”

This article was published in the May 2021 edition of The Good Oil. 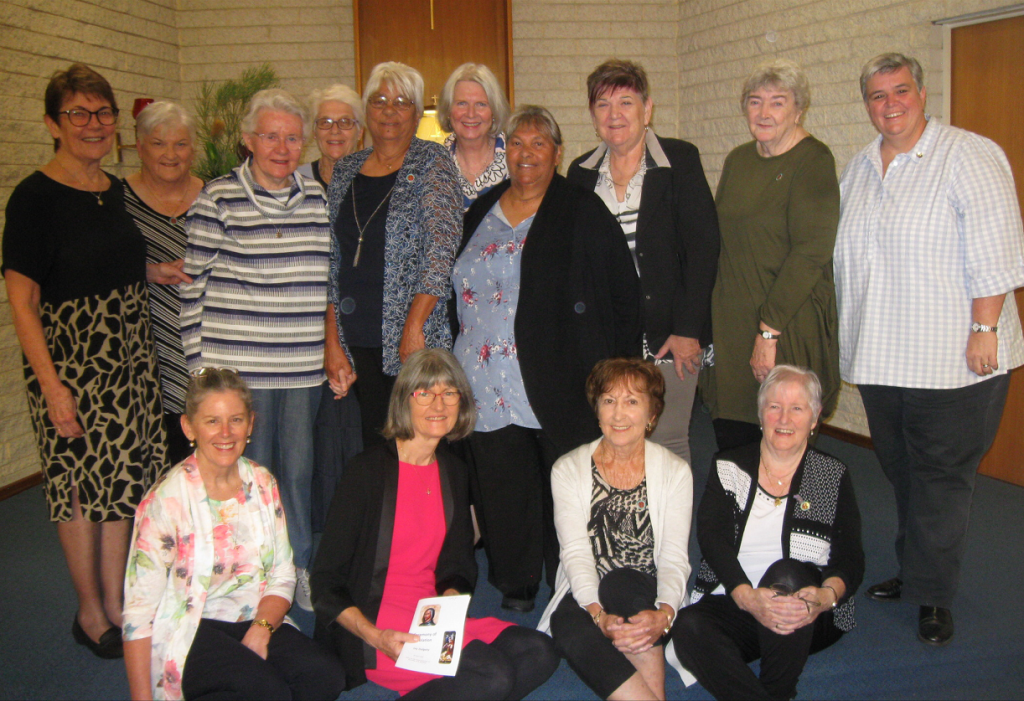