HomeLatest NewsCalled to ‘Be The Voice’ for vulnerable women, men and children

Called to ‘Be The Voice’ for vulnerable women, men and children

Images supplied and used with permission.

“You wake up at 4am with a flashlight shining in your face and the voice of a guard telling you to pack a bag and get moving. There’s no warning, no notice, no prior indication of what is happening. Eventually, you become aware that you are being transferred to another location, not to gain your freedom as you may have hoped, but to continue the cycle of indefinite detention.”

With these riveting words, a young teenager, Isabella Hollewand, held her audience captive as she addressed more than 40 participants gathered to honour World Refugee Day on June 20 this year.

With the energy and commitment of the Saints Peter and Paul Bulimba Parish Social Justice committee, this event came to fruition under the title, Be The Voice, and invited people to come to listen together, talk together and act together on behalf of refugees and asylum seekers.

Participants received an update on SUPP (Step Up Parish Project), which is supporting two Kurdish refugees, currently in Melbourne, to live in Canada. The men are being sponsored by the small town of Swift Current in Saskatchewan. The money, raised by Bulimba parish together with a similar amount raised in Swift Current, means that there will be enough funds to support their first year living costs in Canada.

Anika Henderson from Swift Current provides regular progress reports to the Bulimba committee. Anika is waiting to welcome these two young men and help them settle into their community.

“We are committed to making these men part of our families when they arrive and we want to support them as they build new lives in Canada,” she said in a video interview watched by the gathering. 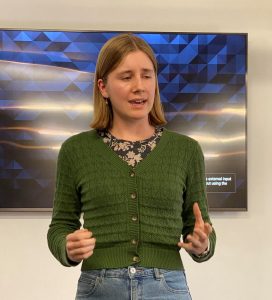 In her address, Isabella Hollewand gave participants much to reflect upon and received a standing ovation for the passion, concern and compassion with which she spoke. She left us with these words from Marvin Arvin, who was released on to a temporary bridging visa.

“I am no longer a 23-year-old young man. I have spent the best years of my life in a situation where a good night sleep was an unachievable hope. I dreamed of being able to go for a simple walk. Now, after eight years, being released has lost its meaning. I feel that I have aged prematurely. I am both a young man and an old man.”

To end the afternoon, a Q and A style panel chaired by parishioner Michael Hollewand took questions from the floor. The panel comprised:

Dr Ignacio Correa-Velez, CEO of the Queensland Association of Survivors of Torture and Trauma (QPASTT). His previous work involved conducting research on the health and wellbeing of people from refugee and asylum seeker backgrounds.

Father Gerry Hefferan, parish priest at St Joseph’s and St Anthony’s Parish in Bracken Ridge/Bald Hills and a noted advocate for social justice in the Archdiocese of Brisbane.

Dr Joseph Yunis, a former refugee from Uganda who is currently a postdoctoral Research Fellow at the University of Queensland’s Diamantina Institute. Joseph maintains a strong commitment to the South Sudanese community both in Australia and in Africa, developing charity initiatives that assist in education, opportunity and advancement for refugees, migrants and disadvantaged young people.

The panellists responded generously to our questions and shared valuable insights from their own backgrounds and experience. We were grateful for the opportunity to be informed, inspired and ignited with a desire to reflect and act on all that was presented during the afternoon. 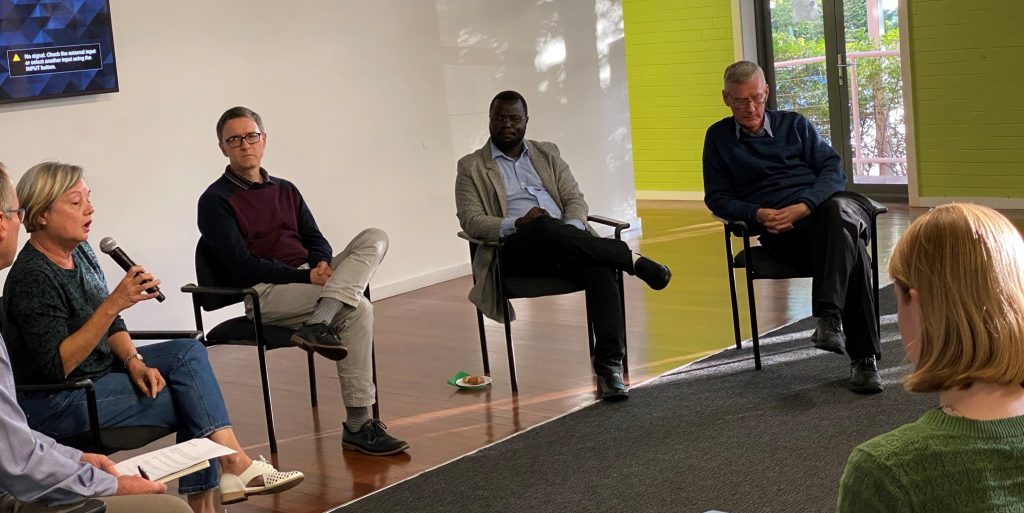 Q and A panellists.

This article was published in the August 2021 edition of The Good Oil.

Call for action to increase support for refugees and asylum seekers 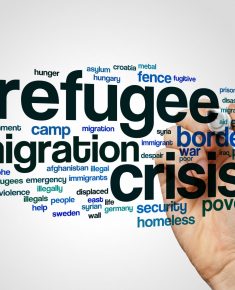