Speaking at the ceremony, Good Samaritan Oblate Peita Ward, who has been involved with the College Archives Project since it was launched in 1995, said there was only one choice for the first Archivist – Leonie D’Arcy. Peita is a former president of the Lourdes Hill College Past Pupils Association. 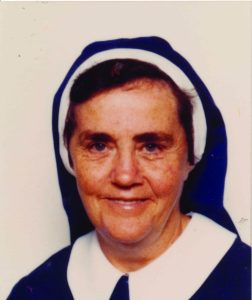 “Sister Leonie’s arrival at Lourdes Hill as a young boarder from Cairns in 1936 marked the beginning of a lifelong love for the College. She was Head Girl in 1942, the year Lourdes Hill spent at Gayndah on account of World War II,” Peita said.

“Ironically, our first Archives display was at Queen Alexandra Home in Coorparoo in 1995, to commemorate the 50th anniversary of the end of the war in the Pacific. It was a proud moment for Sister Leonie and the Lourdes Hill community.

“After becoming a Sister of the Good Samaritan, Sister Leonie returned to Lourdes Hill as a teacher in 1963 and then deputy principal in 1972, and finally Principal from 1974-81.

“Her return in 1995 marked the final chapter in her Lourdes Hill journey. Not only did she serve as Archivist from 1995 till her passing in 2012, but she also humbly accepted the honour of becoming Patron of D’Arcy House in 2007.

“Her memory lives on in our history, in our honours boards, in the Principals’ Portrait Gallery, and now, fittingly, in the naming of the Archives Room in her honour.”

Good Samaritan Sister Sonia Wagner recalled meeting Sister Leonie in January 1974 – the year of a historic flood in Brisbane when 16 people died and 8000 homes were destroyed. “This was Leonie’s first year as principal of the College and my first as a teacher on staff,” Sonia said.

“Despite the flood-inflicted chaos and disruptions, Leonie took it all in her stride. Under her strong and enthusiastic leadership, the College, miraculously, managed to open for the school year on the appointed day.

“As I lived in community with Leonie and worked on the College staff, I came to appreciate her many gifts. Her vitality and enthusiasm bubbled over in every aspect of her faith-filled Good Samaritan life – in her generous hospitality, in her story telling and particularly so in her pride in, and loyalty to, her alma mater.

“It is fitting that her memory be honoured in the naming of the Archives Room.” 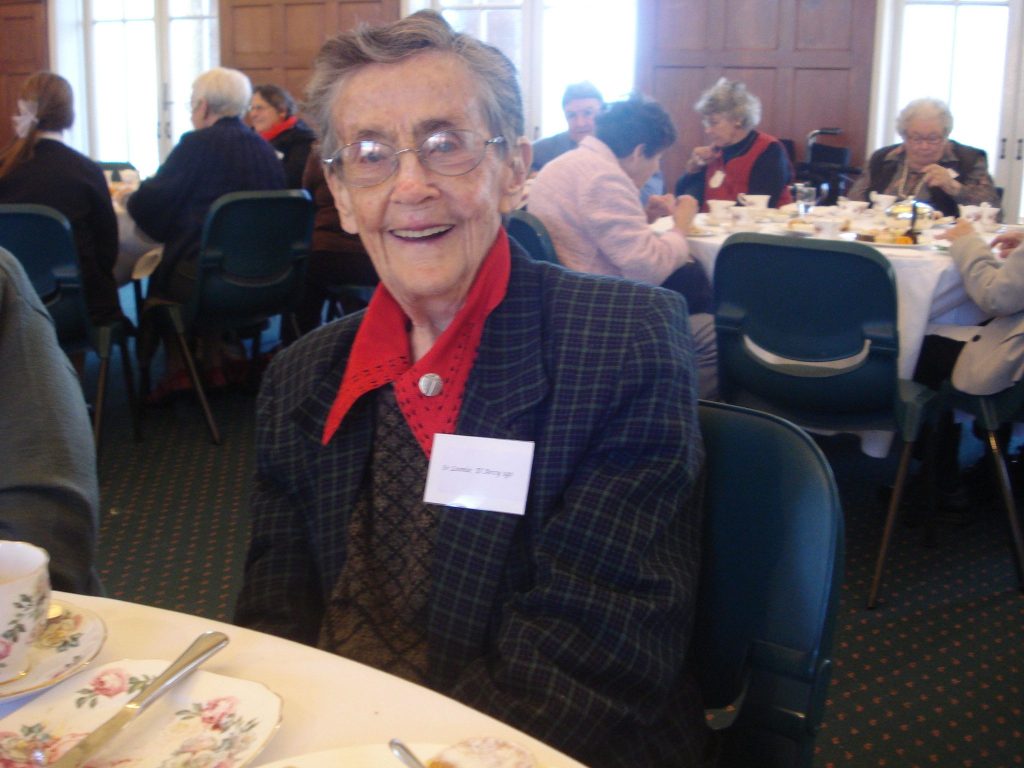 Principal of Lourdes Hill College, Robyn Anderson, said the College Archives had always been a very dynamic and engaged area of College life thanks to Sister Leonie’s vision and hard work.

“Our Archivist, Christine Anderson, continues Sister Leonie’s vision to gather, preserve and record our history, stories and memories and to work closely with and share those with our Past Pupils Association and the wider College community,” she said.

“Sister Leonie’s commitment to and love for the College is part of the fabric of Lourdes Hill and being able to recognise and celebrate this with the naming of the Sister Leonie D’Arcy Archives Room is wonderful.”