The Good Samaritan Sisters in Japan have moved from their Nara convent to take up residence in the Domus Gratiae, an aged care residence for priests and religious in Osaka.

Their new home is located in Amagasaki, Hyougo Prefecture, in the Archdiocese of Osaka – an Archdiocese they are familiar with and where they have lived before.

It is a brand new facility, having been opened and blessed recently by Archbishop Thomas Aquino Manyo Maeda.

Sisters Theresia, Yoshi, Fidelis, Johanna and Eiko were the first to leave the Nara convent and move into Domus Gratiae. Sisters Masako, Etsuko and Haruko have since followed and Hiro, a Japanese Sister working in the Philippines, will eventually join them. 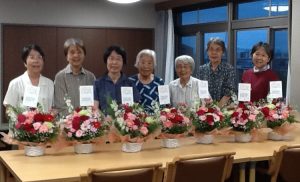 Sister Veronica McCluskie SGS, the member of the Sisters of the Good Samaritan Council who has responsibility for the Sisters in Japan, said the congregation was delighted that such a good solution for the Sisters was found.

“The Sisters in Japan are, like us in Australia, ageing,” she said. “For a number of years we have been looking at and reflecting on how we are going to continue to support the Sisters as they age.”

During this period of reflection, news arrived that the Archdiocese of Osaka, with the Sisters of St Joseph of Osaka, were building a new facility to care for ageing religious.

“There hadn’t been anything like that over there before,” Veronica said.

During a visit to Japan, Veronica spoke with Mr Hamaguichi, the coordinator of Domus Gratiae, and he said the Sisters were very welcome to call Domus Gratiae home.

Veronica said the move has not been an easy journey, dealing with the rules and regulations of another country, but, with the help of Sister Catherine McCahill SGS and “a lot of work behind the scenes”, the move is now complete.

“It’s a blessing to be able to have a place like this for our Sisters to move into,” she said. “It’s been a big adjustment for them personally. But they have been most appreciative of being able to be together in a new facility with a beautiful chapel.

“The Christian sector is so small in Japan that it is wonderful they can be in a Catholic place and continue to live their Good Samaritan life alongside other religious.”

While the Sisters are ageing, some of the younger ones, like Eiko, will continue doing some ministry in pastoral care for people in their homes, while others may offer support as volunteers.

Congregational Leader Sister Patty Fawkner SGS attended the opening and blessing of Domus Gratiae via video call from Sydney. She said the Good Samaritan Sisters first came to Japan in 1948 and they came in peace to be a good neighbour to the people of Japan.

“We, and I’m sure all the new residents, now come in peace to Domus Gratiae. We commit ourselves to be neighbours to each other,” she said. “Thank you to all who have made this home available to all the religious and priests so that they can live their religious life in peace and in mutual support.

“May Domus Gratiae truly be a house of peace, a home of grace and a powerhouse of prayer. God bless you, all of you who will live there.” 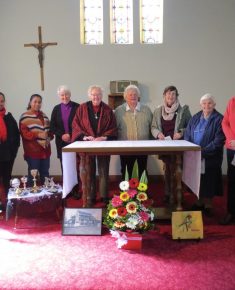 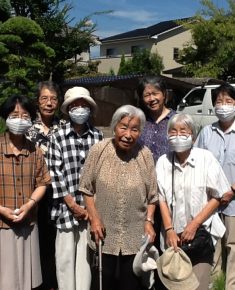