HomeLatest NewsJoan Chittister: What is the ‘new’ trying to emerge in Benedictine life?

Benedictines must draw on their history, tradition and charism, rooted in the ancient Rule of St Benedict, as they strike out on new paths in facing the challenges of today, says Sister Joan Chittister OSB, internationally prominent speaker, writer, and advocate for justice and peace.

Joan was in Australia last month for a series of speaking engagements, including a presentation to members of the local Benedictine family. The forum, entitled “50 Days of Hope: What is the ‘new’ trying to emerge in Benedictine life?”, was hosted by the Sisters of the Good Samaritan at St Scholastica’s College, Glebe.

Joan drew on the history of her own Benedictine congregation in Erie, Pennsylvania, to illustrate how new life could be born from situations that appeared to be defeats or endings.

“It’s important, I think, in a throwaway society like ours that any institution that lasts over 1500 years … must be worth studying to see what it may have to tell us now,” she said.

“Long-standing institutions surely know something you and I do not know about social change, about risk, about growth, about how to deal with ongoing development in the face of the old.” 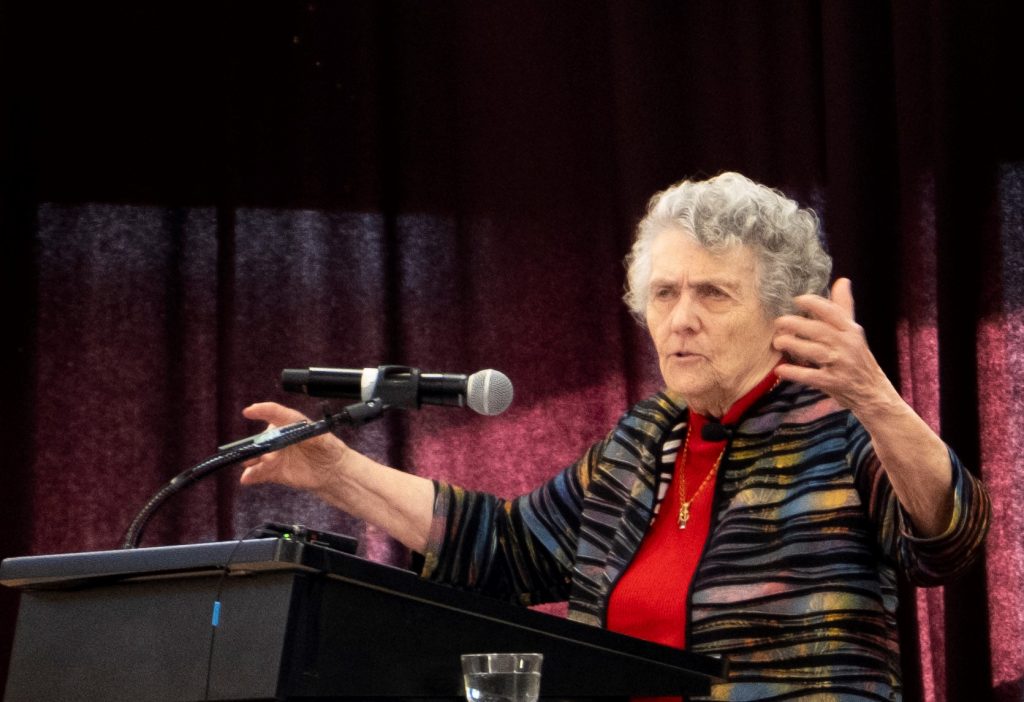 Joan said that looking to the future, while learning from the past, confronts people with important questions.

“First – What does the world need from us right now? And the second question requires us to ask ourselves: What are we, really? And what are we willing to be, really? If ongoing life under the guise of Tradition has any place at all it requires that you and I must have an answer to our own personal identity.”

These were the questions facing a group of young German Benedictine nuns from Eichstatt, Bavaria, in 1835 when Europe was seeing the rise of secular governments and the suppression of monasteries.

In the face of this upheaval and the end of the monastic life they had known, three young nuns from Eichstatt asked to be sent to the US to minister to the growing German community there.

“By 1852, these three young Benedictine women from Eichstatt, Bavaria, were on their way to St Marys, Pennsylvania. They went to teach German children how to function in an English-speaking world,” Joan said.

“They landed with nobody to meet them at the port and a buck wagon to take them all the way from the port to the forest in Pennsylvania. What in heaven’s name could possibly be further away from what had been their identity, their security, their culture, their dowried future, and their dreams in their monastery in Germany?

“And those of you who find yourselves planning new futures here, remember them.

“The resurrection of a new kind of Benedictine life began at the grave of the sanctuary they had left behind.”

“Obviously dear friends, our own religious life is at a crossroads too,” she said.

“We are beyond what brought us out of Europe, but we have a whole new question that is like theirs: Will monasticism finally die here and now in the 21st Century as it clearly suffered then and there in the 19th Century? Answer: Not if we are willing to go on being who and what we’ve always been.”

She urged those in attendance to draw on their heritage when meeting the needs of people today.

“What is the way forward for us? Well, I can tell you that across this country in Benedictine houses, just like Eichstatt then, people are moving into new spaces in their lives.”

Sisters had now become lawyers to help refugees, nurses caring for the sick and were operating childcare centres so mothers could work, and families could eat.

“We have to start with three again, somewhere and somehow, and remember the faith that built the sisterhood for us Benedictines. We must indeed go now, you and I, where there is no path and leave a road.”

Joan said the elements of the Benedictine charism, such as stability and hospitality and regularity of life, offered a roadmap on the path forward.

“How can the next generation draw from the wisdom of previous generations? Model it for them. Stability, resilience. You build leadership from the inside out.” 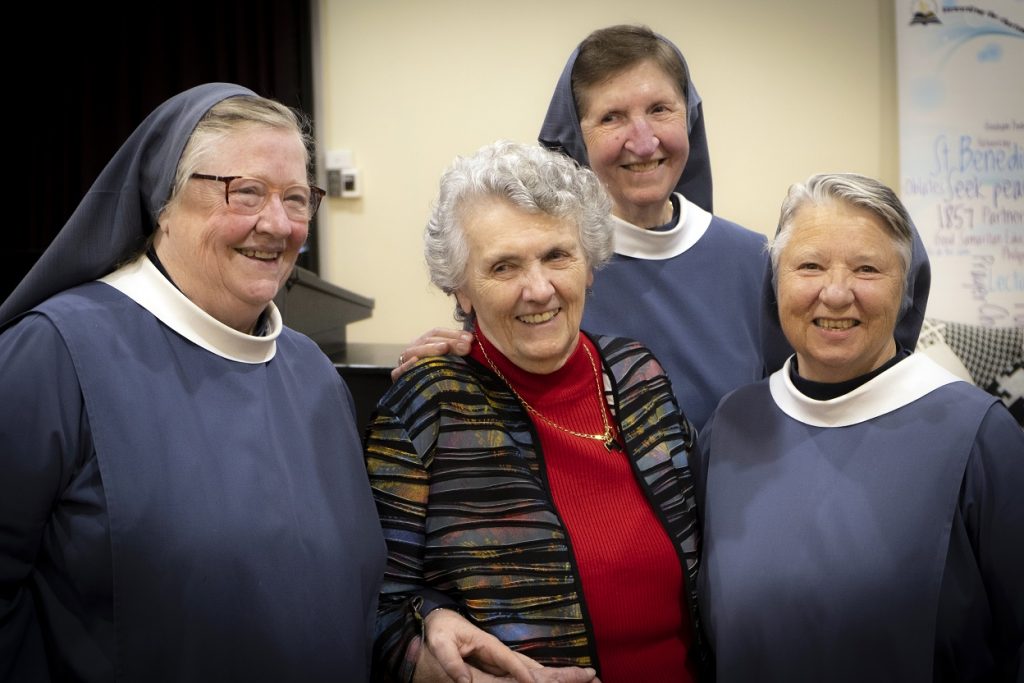 “The ancient wisdom has much to teach us and these days we have a tendency to discard it – confusing it with rigidity or ‘looking backwards’ in favour of what is seemingly new and exciting,” Mother Hilda said.

“Yet, Sr Joan Chittister is a clear advocate for the life-giving ways of the ancient wisdom however we know it, be it in Scripture or in the Rule of St Benedict or wherever. She reminded us that within what is ancient there is also that which is eternally new and encouraged us to look again at what makes for a new vision, new insights and new life.”

Good Samaritan Sister Elizabeth Brennan said she had been reflecting on the two key questions that Joan posed to those present.

“I appreciated her focus on the importance of stability, to establish and develop a regularity in one’s life,” she said.

“That insight of being regular is fundamental for how we can respond to needs around us. My soul has to be fed, otherwise I’m empty and have nothing to give. That helps me to stand where I am and be confident in where I stand in the world, staying with the call and responding to the call of God for this world I’m now in.”

Fr David Orr OSB, from the Arcadia Monastery on Sydney’s outskirts, said the six monks who attended were struck by the story of the three German sisters setting out on new paths.

“From those three, they created everything,” he said.

“Joan also reminded us of the need to be stable so that our communities can continue to be open to the world, for example, in reaching out to asylum seekers. She acknowledged how Benedictine houses have always been places of hospitality and we must keep continuing to be so, to continue to be open to whatever is being asked of us.” 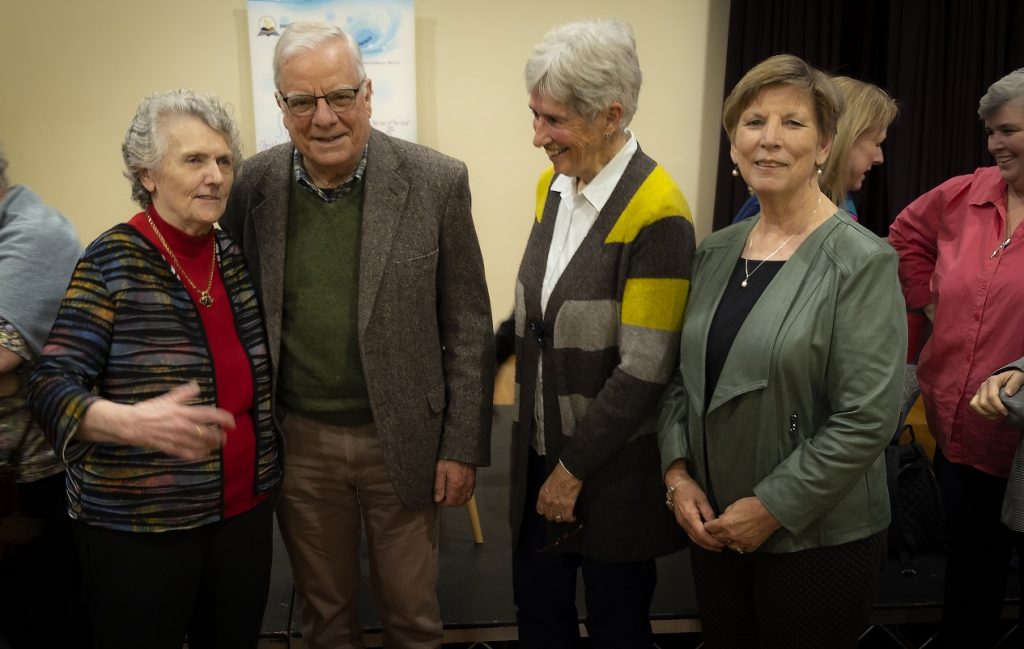 Sr Joan Chittister OSB with participants at the Benedictine forum. Image: Sisters of the Good Samaritan.

Joan’s words also resonated with the lay people who attended her presentation.

“The prophetic voice is a theme which keeps coming up,” she said. “For us, there are two parts to it. The first is that with the diminishing number of Sisters, how can we be sure we’re staying true to our purpose, our charism and our legacy? And secondly, where should we be in the future?

“Her response to that was to make sure that our people are continually reflecting on the Rule and modelling the Rule and holding everyone accountable to it. And her story of the three sisters who left Germany for the US was inspirational. If we make a start, trusting in God, the path forward will be revealed. Her words encouraged us to get out of the head space into the heart space and the trusting in God space.”

Oblate and Director of Operations for the Sisters of the Good Samaritan, Natalie Acton, said she was surprised that with Sr Joan’s reputation for straight-talking, her presentation was more parable-like in nature.

“That was good, because it didn’t just give us an answer as to what our future holds, but rather invited us into a narrative and gave us lots of material to think through and apply in our own situation,” she said.

“I also took a degree of confidence from this. She helped us realise that we have the tools, the equipment, the history and the DNA to overcome the challenges facing us today because of the Rule and the Benedictine experience over many hundreds of years. She left us with a real sense of ‘C’mon, we can do this!’.”

Spirituality and Mission Animation Leader for the Sisters of the Good Samaritan, Dr Monica Dutton, who was a key organiser of the event, said that at 86 years of age, Joan remained an energetic and dynamic speaker.

“She’s a wonderful orator who speaks directly to the heart and because of that, people take different things away from what she says, perhaps depending on their own experience,” Monica said.

“Joan remains a strong voice particularly for women in the Church and I think that’s something that people are really looking for. But she also speaks so clearly and adamantly for the downtrodden, the poor. She is very, very concerned about social issues and their impact on people, and I think each person present will have gained something significant for their own situation.”

During her visit to Australia, Joan Chittister OSB was in conversation with Dr Meredith Lake, host of Soul Search, about renewing community in a changing world. To listen, click here. 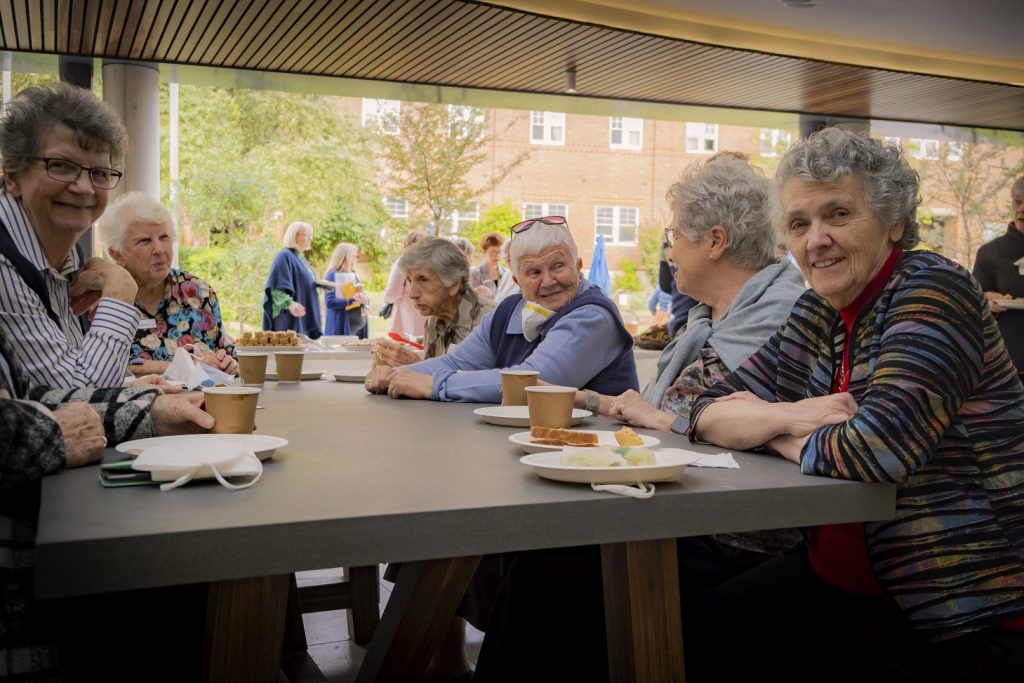 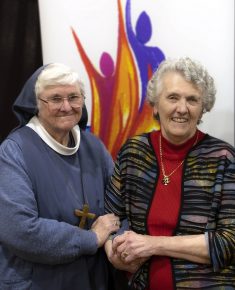 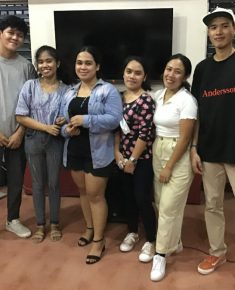