The presentation was made during the Catholic Schools NSW Law Symposium on September 29. The award, now in its third year, is a public acknowledgement of the winner’s leadership through their example, their personal faith and discipleship, their commitment to growth-oriented support of others, and their focus on the benefit of all schools in New South Wales.

The official citation says Catherine was chosen to receive the award “for her prophetic leadership across all these domains, her extensive contribution to Catholic education, and, in particular, her work to sustain and promote the charism of Good Samaritan Education”.

In accepting the award, Catherine said it was only possible because of the shared commitment of so many good people along the way.

“I accept it, not just for myself but in recognition of the many mentors, guides and fellow pilgrims along the way of Catholic education who invited me to share this privileged journey,” she said. 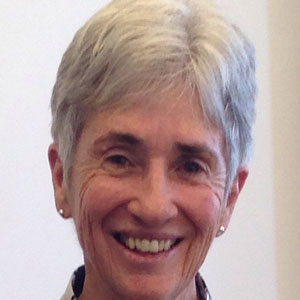 Growing up in Adelaide, Catherine attended Good Samaritan schools and pursued a career in medical technology before deciding to explore a pull toward religious life. She was professed as a Sister of the Good Samaritan in 1972.

Following her teacher training, Catherine was appointed by her superiors to a series of schools in NSW and Queensland. She went on to be appointed as principal to Ryan Catholic College in Townsville, St Patrick’s College in Campbelltown, NSW and then at St John the Evangelist Secondary School in Nowra.

Catherine said that her own education with the Sisters of the Good Samaritan had taught her that “Catholic education is a communal enterprise”.

“We imbibed values like hospitality and reverence; we witnessed generosity of heart and mind,” she said.

“At its best, Catholic education is an expression of Jesus’ invitation to ‘Come and see’, calling us to leave the known and familiar and to step out into the uncharted territory of new learnings and previously unrecognised challenges and relationships. As I hear it with my Benedictine ears, the Gospel invitation is extended to us together, not merely as individuals.

“Together we are called to respond, to share the gifts of the Spirit poured out from the largesse of God’s heart. Those gifts, those charisms, are the wonderfully nuanced expressions of the Divine. They are gifts for us all and we are ever challenged to stay in communion with each other and to share them for the good of all.”

Catherine began working with the Good Samaritan Education Council in 2002 and was Chair of the Council from 2006-12. During this time her focus was very much on helping the schools to articulate what it meant to be a contemporary Good Samaritan school.

In 2011, the Sisters of the Good Samaritan established Good Samaritan Education (GSE) as a Ministerial Public Juridic Person. This was a natural evolution in the governance and stewardship of their education ministry and of the long-held commitment of the Sisters to lay-led governance of their schools, which began in the early 1980s with their incorporation as companies limited by guarantee.

Catherine was elected Deputy Chair of GSE and was a member of the Governing Council from 2011-20. She was also appointed to the role of Director of Mission Integration for GSE from 2011-16 and was integral in developing programs that offered professional learning and deep formation in the Good Samaritan and Benedictine tradition for governance personnel across GSE, as well as leaders, middle managers, staff and students of GSE schools. Catherine remains a Member of the GSE Assembly and Company Member for two Sydney GSE Colleges. 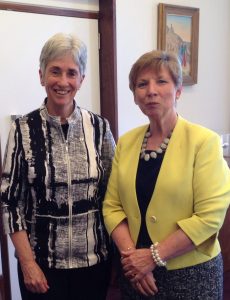 Moira Najdecki, Chair of the GSE Governing Council, said Catherine’s commitment to education as a communal enterprise was evident in all she did.

“She has a very strong sense of the fact that everyone has a piece to contribute,” Moira said.

“And she models that in the way she undertakes leadership: respectfully mindful of others, always ready to contribute and engage, but resolute in putting forward a point of view.

“Catherine brings a long background of experience in schools, governance and the broader Church. She also brings an informed view of education and of humanity to whatever she’s doing.”

“GSE was very much ahead of its time in lots of ways, embarking on a model of lay leadership when the Sisters incorporated the schools, while focusing very much on preserving both the Good Samaritan legacy and the autonomy of schools.

“She has been so instrumental for GSE and is held in such high regard, really as a wisdom figure for us.

“Over the years, in her very gentle way, she’s been helping us to grow into what we needed to be, as a counsellor and mentor and someone for us to talk to in making that transition. She’s very inspirational.”