This year marks the twentieth anniversary since the Sisters of the Good Samaritan first arrived in Kiribati. What began as a ministry placement for one sister has grown into something much more.

“It was probably one of the most transformative experiences of my life.” That’s how Good Samaritan Sister Veronica McCluskie describes the eight years she spent living and working in the Republic of Kiribati, an island nation straddling the equator in the Pacific Ocean.

She says the simple lifestyle with limited access to resources challenged her to look at life anew and realise “how little you actually need to survive in this world”.

In 1991 Veronica was the first Sister of the Good Samaritan to go to Kiribati (the former Gilbert Islands) at the invitation of the local bishop, Paul Mea MSC. He had written persistently to the then leader of the Good Samaritan Sisters, Helen Lombard, asking for personnel to help with the education and pastoral needs of the people of his diocese.

However, what began as a short-term ministry placement for Veronica, teaching theology at the Kiribati Pastoral Institute (KPI), quickly grew into something much more.

Veronica McCluskie recalls saying to the young women: “We’ll only be here for five years; you’re better off joining the OLSH [Our Lady of the Sacred Heart] or Marist Missionary Sisters”. But the women were “most persistent” in their desire to become Good Samaritan Sisters, says Veronica.

After a meeting between Helen Lombard and the interested women, followed by a process of discernment at a congregational chapter, the sisters responded with an “overwhelming yes” to accept I-Kiribati women – a significant decision according to Veronica because it meant a life-long commitment to the I-Kiribati sisters and their country.

Since their arrival in the early 1990s, the Australian sisters have become more attuned to the distinct challenges facing this remote nation of 33 low-lying coral atolls, and together with their I-Kiribati sisters, they are responding where they can.

Victorian-born Sister Marie O’Shea has been living in Kiribati since 2006. She feels enriched by her ministry experiences and the simple lifestyle. “I live in a beautiful location where I can truly cherish creation,” she says.

At the same time, Marie recognises that the 103,000+ people who call this country home are faced with some weighty issues. In the long-term, rising sea levels caused by global warming will force the I-Kiribati people to relocate from their homeland.

But Marie names some of the country’s more immediate challenges, such as maintaining sustainable fresh water supplies and sanitation systems, responding to the impact of over-population, and providing better health care, education and employment opportunities.

Marie lives in the village of Abaokoro on North Tarawa with I-Kiribati Sisters Kakare Biita and Tibwau Matia. The three women, each with qualifications in pre-school or primary education, work at the Good Samaritan Early Childhood Centre. Opened in 2009, the Centre provides pre-school opportunities for children from Abaokoro and neighbouring villages. The sisters also run English classes for students at the local primary and junior secondary schools.

Kakare, who was professed in 2007 and renewed her vows in May this year, says her ministry gives her great joy. “I am enriched by the children I teach.”

As Director of the Centre, Kakare works closely with Tibwau and Marie to provide the children – and by osmosis, their families – with vital educational experiences through social interaction, play and the creative arts. On any one day the children can explore topics such as health, hygiene, nutrition and care for the environment.

Recently the Good Samaritan community at Abaokoro ‘opened’ a compost toilet. Built in the grounds of the sisters’ home and accessible to those attending the Good Samaritan Early Childhood Centre, this safe, waterless and environmentally-friendly way of disposing human waste, is an innovative response to a growing problem throughout Kiribati.

According to Marie, an escalating population that has inadequate sanitation systems is contributing to the contamination of fresh water wells, resulting in illness and even death. She says the testing of wells on North Tarawa last year revealed that faecal levels in many were above the acceptable amount.

In addition to their main ministry at the Good Samaritan Early Childhood Centre, Kakare, Tibwau and Marie provide pastoral care to widows, the elderly and people with disabilities living in Abaokoro and nearby villages. They also link up regularly with the Good Samaritan Sisters at Temaiku to visit patients with mental illnesses at the hospital on South Tarawa (the main atoll).

Queensland-born Sister Marella Rebgetz says growing up on a cattle property west of Charters Towers has prepared her well for life in Kiribati.

“I have never been a city girl, do not miss the shops and bright lights of the city, and am used to weevils, rats, limited food options, and isolation,” she explains.

Marella, who first lived in Kiribati from 2000 until 2002 before returning in 2008, brings vital skills and experience to a country very vulnerable to climate change. For the past few years she has worked as a water engineer on government aid projects helping to address Kiribati’s critical water needs.

She believes over-population, particularly on South Tarawa, where about half the country’s population resides, is placing stress on limited resources – such as land and water supplies – resulting in illness and pollution.

For Ameria Etuare, who became the first I-Kiribati woman in 2009 to make her life vows as a Good Samaritan Sister, educating the community about stewardship of the environment is critical. As a primary teacher at one of the government schools on South Tarawa, she is well placed to do this.

“In the school where I teach, there is a lesson on rubbish,” says Ameria. “This lesson focuses on the result of rubbish to our beautiful Kiribati. Our soil [is] already polluted because of solid and liquid rubbish such as oil or plastics. Our ocean and coral reef [is] already poisoned with inorganic rubbish.”

Ameria recalls giving such a lesson to a class who found it hard to believe that rubbish and pollution were already wreaking havoc on their country. “They were very sad to hear that their future is in danger,” says Ameria. However, as a result of the class, Ameria says the students were motivated to recycle and dispose of their rubbish correctly.

Brisbane-born Sister Judy Margetts has been ministering in Kiribati for nearly 15 years and is the longest-serving Australian Good Samaritan Sister. Between 1995 and 2004 Judy was a full-time staff member at the KPI, and for eight of those nine years, she also served as Director.

While Judy continues teaching in a part-time capacity at the KPI, her main role now is to support and mentor the I-Kiribati women in the initial stages of their formation in Good Samaritan life.

Tuata Terewete and Teubwaniman Akerio are the most recent members of the Good Samaritan community. Tuata began the pre-novitiate phase in February this year and is studying Early Childhood Education through the University of the South Pacific, while Teubwaniman was professed in April 2010 and is doing Form Six Science at St Louis High School. Next year she hopes to enrol at the Kiribati School of Nursing.

“Working and living with the I-Kiribati sisters is my reason for being here now,” says Judy. “It is both a privilege and an honour to be part of their lives and [to] be part of a community that welcomes them into Good Samaritan life.”

As Clare Condon, Congregational Leader, reflects on the twentieth anniversary of the Good Samaritan foundation in Kiribati, she is struck by the impact it has had on so many sisters.

“Our presence has changed many of our Australian sisters; not only those who have ministered there, but also those who have visited or engaged with our I-Kiribati sisters in Australia.

“The strength of family and community relationships in I-Kiribati society has much to teach us. I think this cross-cultural experience is assisting us in our self-reflection on Australian cultural values,” she explains.

On a personal note, Clare adds: “It has opened up for me a new way of understanding the Parable of the Good Samaritan, and the gift that the ‘stranger’ can be when I am ready to listen and to learn.” 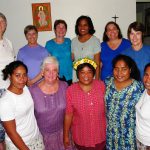 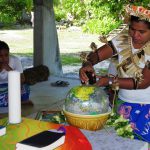 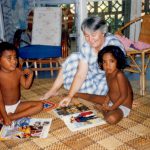 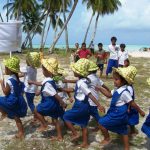 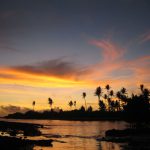 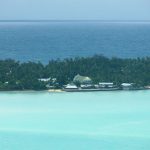 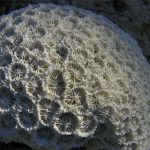 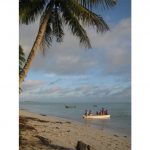 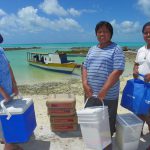 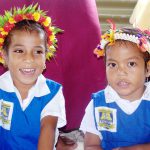 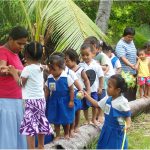 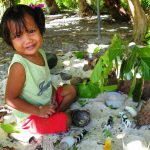 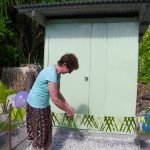 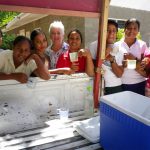 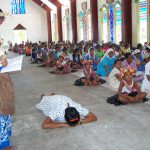 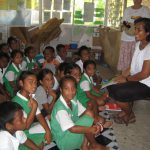 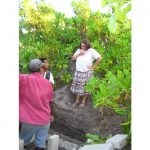 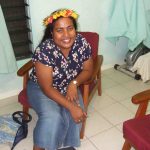 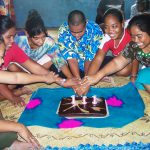 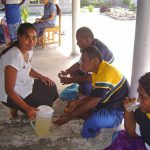 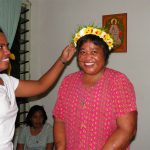 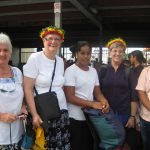 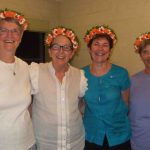 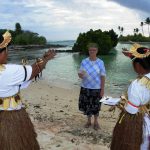 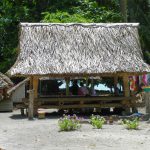 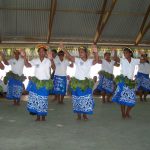