The weekend was hosted by the Passionist Fathers, the St Brigid’s Parish Community, St Brigid’s Catholic Primary School and Casimir Catholic College, and included a farewell dinner, followed by Mass and a barbecue on the parish lawns the following morning.

“Father Tom wanted to have as many Good Sams come to the weekend as possible and if they couldn’t come to the dinner then for them to come to the Mass,” said Pauline Roach, Good Samaritan Oblate and member of St Brigid’s Parish Council, who chaired of the working party.

“It was a celebration of working with the De la Salle Brothers, the Passionists, the Good Sams and everyone who has been part of this community.”

The support of Marrickville Catholic community was apparent at Mass, which drew a crowd of more than 1,500 people who wished to thank, celebrate and farewell the Good Samaritan Sisters – many of whom were in attendance.

“We Good Samaritans are sad today. We are joyful, we are humbled and proud, but most of all we are thankful as we celebrate 132 years of Good Samaritan life and ministry in Marrickville,” said Patty.

Three hundred Good Samaritan Sisters have lived or ministered in Marrickville since 1887, in the areas of education and pastoral care.

When the Sisters first went to Marrickville they travelled each day from their convent on Pitt Street, near what is now Central Station, to teach at St Brigid’s School.

“They were tough and resilient,” said Patty.

With the assistance of the Passionist Fathers, in the middle of 1901, the Sisters moved to Despointes Street, Marrickville. It was here that the Co-Foundress of the Good Samaritan Sisters, Mother Scholastica Gibbons, a Sister of Charity, died on October 15, 1901 – just a few months after the Sisters took up residence in their new home.

Patty expressed appreciation to both the Passionist Fathers and the De La Salle Brothers, who have given the Sisters generous support and friendship over the years, as well as to the broader Marrickville community.

“Today’s Gospel tells us that you can’t live a divided life. You can’t serve both God and money,” said Patty. “The Sisters, especially in the early days, didn’t have much money to serve. To survive, they relied on the loving and generous practical support and moral support of the good people of Marrickville.”

Former student of St Brigid’s College and Good Samaritan Sister Elizabeth Delaney said the partnerships formed by the Sisters in Marrickville led to a deep and long lasting sense of community.

“Marrickville was more than a suburb or a parish, it was a real home,” said Elizabeth.

Like many young women from St Brigid’s College, Elizabeth joined the Sisters of the Good Samaritan to be ‘good Samaritan’ to her neighbour and now sees that “many more young men and women are good Samaritans to their neighbours in the wider community”.

“There must be something in the Marrickville waters, because Marrickville is a vocations cluster, with 54 young women joining our congregation from here,” said Patty. “I think that says something about the spiritual dynamism of this parish.”

During Mass the the Sisters were presented with a gift from the Parish. The painting, Icon: Archbishop John Bede Polding & Mother Scholastica Gibbons by Michael Galovic, now hangs in the prayer room at the Congregation Centre in Glebe. The Parish also gifted a small framed version of the painting to each Good Samaritan Sister in attendance. The following prayer featured on the back:

Before the Mass ended a video was played, showing a compilation of historic photos of the Sisters ministering in Marrickville. The video was put together by St Brigid’s College. 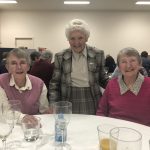 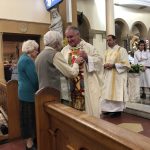 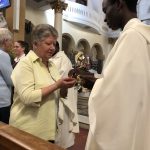 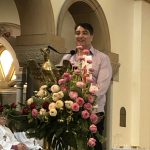 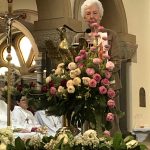 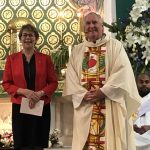 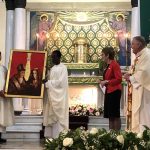 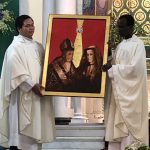 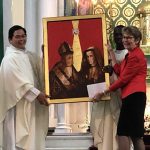 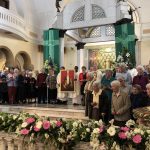 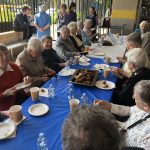