Peace-building mission of Japanese Sisters lives on in Bacolod

The decades-long ‘peace-building’ mission between the Japanese Sisters of the Good Samaritan and the community of Bacolod in the Philippines has come to an end with the last of the Sisters, Sr Hiro Kageyama, returning home to Japan at the age of 91. But the ministry they began, of being neighbour to the poor, continues to flourish, writes Debra Vermeer.

Sr Hiro first went to Bacolod in 1994, four years after the foundation of the mission there. She was there for 17 years altogether and was in Bacolod when the COVID-19 pandemic broke out last year.

In founding the mission in Bacolod, Sisters Haruko Morikawa, Keiko Goto and later, Hiro, Eiko Mukae and Yoshi Suzukawa, were responding to the call of the Japanese Church to be agents of peace and reconciliation in Asia. Their wish was to engage in a process of reconciliation with the Filipino people for the atrocities committed by Japan during World War II. 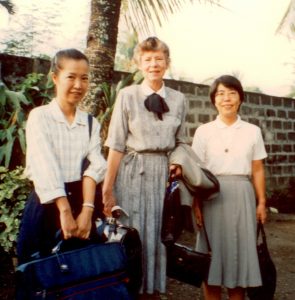 Living very simply among the people, the two Sisters established a Good Samaritan community in Bacolod on Negros Island, one of the poorest areas in the Philippines.

Thirty-one years later, those tentative beginnings have grown into a strong and vibrant ministry, with the Sisters of the Good Samaritan operating a Kinder School, providing food for the children at the local orphanage, and running an Outreach Centre serving people living in squatter settlements along the coastal shoreline.

During the pandemic they have been busy providing food to needy families through the Nutrition Program and serving street people from their van.

Despite her advanced age, Hiro remained engaged in ministry during the pandemic, providing online Japanese lessons and assisting where she could with the Outreach Centre.

In a book published recently, Apology, Gratitude and Work Together, in which Hiro gave interviews to a Japanese journalist about her life, she said the pandemic must not stop us from forming community.

“… we must extend our care to elderly neighbours living alone without the joy that visitors bring,” she said.

Looking back on the Bacolod mission, Hiro said the legacy of the Japanese Sisters rested in the love of the people. 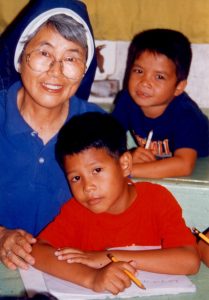 “Wherever we have been, the people we have been with are those who are at the bottom of society,” she told The Good Oil.

“We have been with them, not as benefactors or helpers, but rather we tried to be their neighbour and co-worker, which promoted trust among them and ourselves.”

She said that providing the gift of education to the young people had a lasting impact on the entire community.

“We have been giving the opportunity of education from Kinder to College students, so that they can realise and respect the human dignity in themselves and others and build up confidence in them in the society. In other words, empowering themselves.”

As she returned to Japan, Hiro said she was grateful to God “for everything: God, our Congregation, community Sisters, friends, etc”, and for her good health, which allowed her to continue living in another country.

But in terms of the Bacolod mission, she was most grateful for the partners the Sisters worked with over the years. 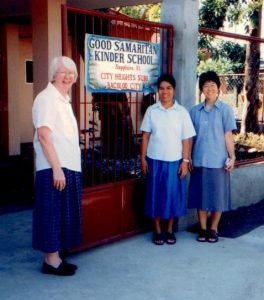 “Without our partners we could not start our ministry, but from our beginning, we have been blessed with good partners – religious and lay persons. Till my last minute there, our lay partners were so helpful and friendly.”

Hiro, who escaped death as a 15-year-old by running with her sister as bombs dropped around them during World War II, met the Good Samaritan Sisters when they arrived in Nagasaki at the invitation of the Archbishop, to help the community rebuild after the war.

The Sisters began a school in Sasebo, Nagasaki, and Hiro was teaching there. Becoming Catholic as a young woman, Hiro joined the Sisters of the Good Samaritan.

“Reflecting on my own life … I picture the time when I was a young girl dodging the enemy bombs as I ran between life and death; as a religious teacher in Sasebo, Nagasaki, I walked with teachers, staff and students as my faith developed; in Bacolod as a missionary, my life was rich as I lived beyond country, language and culture, working together with the people in a spirit of apology and gratitude,” she said in the book.

Haruko, who is now also living back in Japan, reflected on the mission in Bacolod, saying that when she and Keiko arrived, they first spent a lot of time getting to know the people.

“We visited parish churches, met people, visited haciendas and the people there. We learned what was happening there. We asked what we could do with them; a social action,” she said.

“When there were internal refugees from some villages, we visited them. We learned how to live a simple life.”

She said the bridge-building mission they had set out on turned into something much more.

“Thinking back on the life in Bacolod, they made a bridge for us,” she said. “It was not building the peace bridge from my side.” 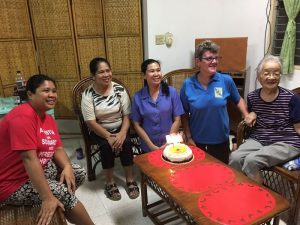 Sister Leonie Duenas SGS, a Filipino Sister who is currently engaged in the Bacolod ministry, said the legacy of the Japanese Sisters could not be over-stated.

“The legacy of the Japanese Sisters since their arrival in 1990 is the very presence of the Good Samaritan Sisters in Bacolod up to this day,” she said.

“Because they came, we, the Filipino Sisters, came. With them, and with our Australian Sisters who came also to join them here, we could live and give witness to the Gospel values through our Good Samaritan Benedictine way of life.”

Leonie said she was most grateful for the Japanese Sisters’ courage and witness.

The work of the Sisters in Bacolod is supported by the Good Samaritan Foundation. Donations over $2 are tax deductible in Australia and can be made by visiting www.goodsamsfoundation.org.au/donate 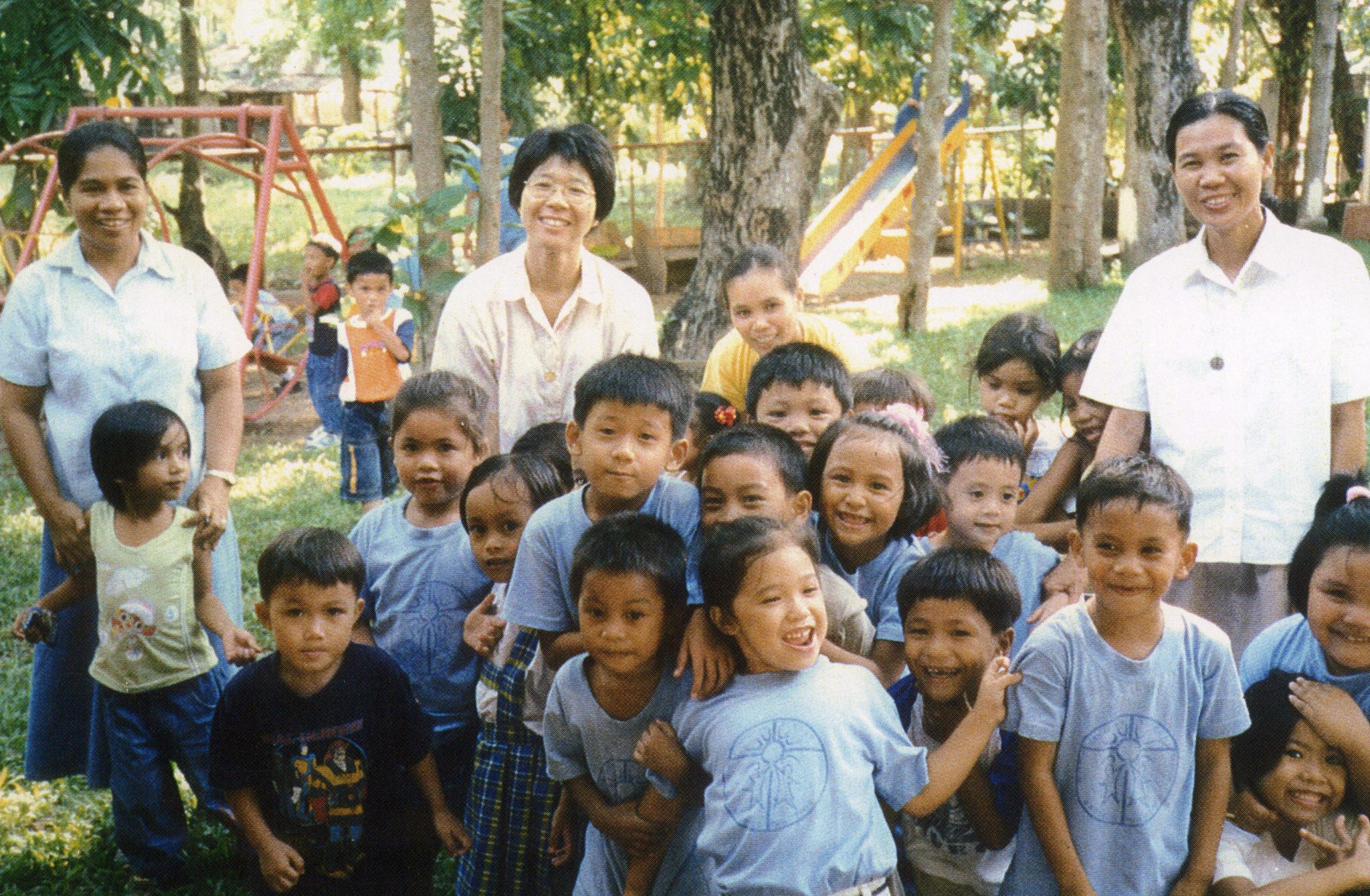