The Time is Now: a Call to Uncommon Courage

In this new book, Benedictine Sister Joan Chittister calls on us to identify injustice, to hear the cries of the needy and to be agents of change, writes Elizabeth Hughes.

It must surely be a sign of the strange times we live in that reading a book which draws to our attention a wide spectrum of the cracks in our damaged world and yet does not once mention the word COVID gives a huge sense of relief.

We seem to be inundated across all media platforms with information about this pandemic and it is easy to forget the tumultuous global problems confronting us that no vaccine can remedy.

Be warned – Joan Chittister, Benedictine nun and surely a force of nature, is here to remind us.

What a woman she is!

Indeed, what a prophet. 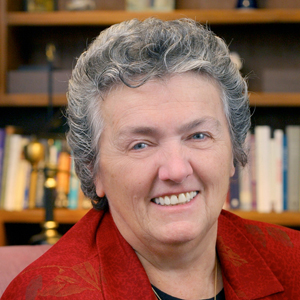 The Time is Now: a Call to Uncommon Courage is Chittister’s urgent plea from the heart, a clarion call to each of us to cast an unflinching gaze on a world “… scarred with violence, institutionalized fraud, rapacious human degradation, political suppression, economic slavery and rampant narcissism” and to take action now.

Like the prophets from biblical times up to the present day, we have a hard choice to make:  we can allow ourselves to be overwhelmed by the enormity of the task, adapt to prevailing values and live “in a comfortable cave with nice people” waiting for the storm to pass. Or we can become prophets ourselves.

If this seems like a tall order, Chittister’s book breathes life into a succession of remarkable people who have emerged through the millennia. Men and women of great courage who took risks, swam against the stream and stood their ground in order to show the world: “what it means to be fully alive, personally, nationally and spiritually”

Who are these prophets? The book allows us to become reacquainted with a wide range of people, placing them at that moment in history when they “held up a restless, unyielding vision of tomorrow”. 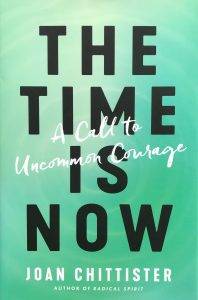 We meet the biblical prophets: “sowers of the far-flung seed, eternal agitators in the soul of the people, torches in the murk of confusion” who understood and spoke out against ills that will be all too familiar to us today. Amos and Isaiah reminded Israel that her prosperity was based on war crimes, excessive greed and corruption.

Jeremiah and Ezekiel decried religious intolerance. God, Ezekiel said, “was not a private commodity, did not belong to any one people, was life-giver to us all”.

Micah describes the enslavement of the poor to be at the service of the rich, reflecting what happens today, everywhere, “in this great inter-connected, elitist world of ours”.

We meet Jesus the agitator, the “rowdy messenger”, “he stood up and in a clear voice declared wrong any policies of either sacred or secular – church or state – that burdened the backs of the powerless and crushed the spirits of the poor”.

We are introduced to Maimonides, the 12th Century Jewish philosopher and astronomer, who encapsulates the role of prophets, which is to push beyond the limits of reason and operate in a realm of “holy irrationality”, way beyond what others consider possible.

Prophets today, for example, reject the prevailing ideology of a profit-driven world and insist that there is a better, fairer future where peace and justice are the normal fulfilment of God’s will.

The prophets referred to over the following centuries to the present day are diverse, but they walk in the footsteps of those who preceded them and share the same qualities. They know their world and can identify its moral fault-lines. They are the questioners, the irritators, the risk takers, the troublemakers, the changers and, above all, they are completely committed to the word of God. As such, they are part of the prophetic tradition:

“We are not here simply to succeed today. The prophet will persist for as long as it takes to make the present what God intends it to be as well as to prepare the future to maintain it. We are here to seed the present with godliness so that others may someday reap the best of what we sewed.”

The Time is Now is a dense read and although its coverage of prophets through the ages provides an ongoing context the book is largely about, as the title suggests, the challenges we face and the decisions we must make now.

Chittister specifically puts under scrutiny the current situation in the United States and the role of the Catholic Church and its members today. She is angry about America and it is obvious. The United States, she believes, has betrayed the ideals and values inherent in its Constitution.

There are many of us, worldwide, who would not disagree with her.

Her discussion about the Church is wide ranging and some of her views may challenge our complacency. Child sexual abuse is mentioned as are the stultifying effects of clericalism. Church leaders, now and in the past, are singled out for failing the poor and oppressed, while forging alliances with those who hold power.

However, it is interesting to note Chittister’s views on how the institution of the Church should respond and how we ourselves should live as Christians in a world heading for disaster.

She urges Church leaders and members of religious orders not to sink into “pious indifference”, creating a gap between the spiritual and the political. This behavior, we are told, reaches back to the 19th Century when people “privatized spirituality” and fled “the sullying secularism of the world for personal sanctification” and it endures today.

Distancing oneself from social/political issues can no longer be offered as evidence of a serious Christian life. Outwardly it is practising religion “but it does not identify with the Gospel messages that embody it”.

Attending services, observing the rules, averting our eyes and remaining silent is not following the Word of God.

We are reminded that the prophetic spirituality of Jesus the activist demands that those of us who claim to follow him move beyond old ideas and institutions. We must look clearly at our world, our country and our local community. We must accept our responsibility to identify injustice, to hear the cries of the needy and to be agents of change.

The Time is Now shows us evidence of our sad reality as human beings: we fail to take care of our own at our peril. Look at America. But Chittister’s voice has a clarity and a vigour that encourages us, in spite of everything, to look ahead with optimism and a sense of endless possibility. Plant the seed, tend it, trust absolutely that the ripples will move forward to what we know is God’s plan, a compassionate and fairer world. We can begin, each of us, tomorrow.

To order copies of The Time is Now: a Call to Uncommon Courage published by Random House, click here.

Elizabeth Hughes has been a teacher librarian for 45 years in the Catholic primary system, mainly in schools with predominantly migrant children. She has a strong belief in the important role of school libraries – a good collection can help children develop a love of story, an appreciation of language and a sense of curiosity about our astonishing world.