August 2022
HomeAugust 2022Yvonne Weldon is committed to making a difference

Yvonne Weldon is committed to making a difference

Yvonne Weldon: “A real part of who I am is making sure that we connect and engage in a meaningful way." Image supplied and used with permission.

New South Wales Aboriginal Woman of the Year, Yvonne Weldon, says she stands on the shoulders of the people who have had a key influence in her life – her family, the Aboriginal community and culture, and the Sisters of the Good Samaritan, with whom she did her schooling. Yvonne spoke to Debra Vermeer.

As a student at St Scholastica’s College at Glebe in the 1980s, Yvonne thrived under the Good Samaritan charism of being neighbour and offering a helping hand to those in need, an example she had already been given by her family.

“Rather than me absorbing it, I think it’s something that absorbed me,” she says. “My Mum always said, ‘There’s always someone worse off than you and whatever you have, you need to offer it to others.’ 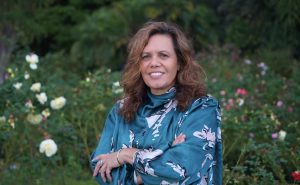 As well as being named the 2022 NSW Aboriginal Woman of the Year, last December Yvonne also became the first Aboriginal person to be elected as a City of Sydney Councillor in the organisation’s 180-year history.

Born in Sydney, Yvonne is a proud Wiradjuri woman, and undertook her primary schooling at Redfern Public School.

There was a brief but unhappy period at Cleveland Street High School, during which she describes herself as becoming “a rogue” and a frequent absentee, before her aunt, the well-known late Aboriginal elder ‘Mum Shirl’, secured her a place at St Scholastica’s.

“I thought my life had ended, to be sent to the convent,” she laughs. “I cried for two weeks straight. But after a fortnight, I couldn’t thank my parents enough for that decision.”

“I think it just brings a different side to your growth. It’s not just religion or the Church but what the faith can offer you in the toughest of times.

“The Church and religion haven’t always been healthy for my people, I think we all know that now, but the spiritual side of it does give strength.

“And, together with the Sisters I had a great example with my Aunty Shirley and Father Ted Kennedy who she teamed up with at Redfern – Father Ted was pretty deadly in his own right.

“For me, it’s always been about connection and now I’m able to connect with my faith, with Baiame (the Aboriginal Creator God) and with culture.” 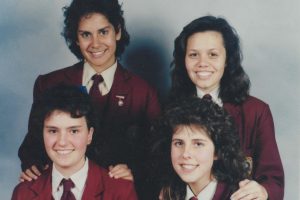 Yvonne’s time at St Scholastica’s ended with her being a prefect in Year 12, alongside school captain and good friend Malarndirri McCarthy, who is now a Senator for the Northern Territory.

They graduated in 1988, which was the Bicentenary of European settlement. “This was a difficult year for Aboriginal Australians,” Yvonne says. “But there we were, the first Aboriginal students at Schols to be school captain and prefect. I think that says a lot.”

After school, Yvonne studied a Bachelor of Arts at what is now Western Sydney University. She majored in Sociology with a minor in Aboriginal Studies.

“But the Aboriginal Studies course was discontinued, so we were funnelled into an Anthropology stream,” she says.

When she became pregnant with the first of her three children, Yvonne deferred her studies. Eight years ago, she returned to tertiary studies, completing a Graduate Diploma in Indigenous Health Promotion at the University of Sydney.

While pregnant with her son, she worked as a receptionist at the Aboriginal Legal Service, followed by a job with the Aboriginal and Torres Strait Islander Commission for several years. She then worked at Marrickville Council as its first Aboriginal Projects Officer, followed by a position at the Heritage Office of NSW.

“After that, I decided to work in Community and I applied for a job at Mount Druitt to run an Aboriginal Childcare Centre. There were lots of challenges but within six months we were able to sort through those issues and we got a full licence for a pre-school,” she says. 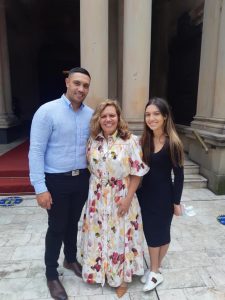 Yvonne Weldon with her son and daughter. Image supplied and used with permission.

Yvonne then headed back to the NSW Government, where she remains employed with the Department of Communities and Justice.

She decided to run for the City of Sydney Council “because I just wanted to make a difference”.

“In lots of ways, it’s no different to what I’ve always done on Aboriginal community organisations and on boards over the years,” she says.

“I just want to make a difference. I see it as taking the practical stuff I’ve done my whole life and applying that in the real world.

“A real part of who I am is making sure that we connect and engage in a meaningful way and, to be honest, I was really frustrated at what the City said it was doing, compared with what it was actually doing on the ground.

“For me, it’s about breaking down red tape in an inclusive way, rather than an exclusive way. We have an amazing city but it’s not inclusive of everyone. There are people on the fringes who are really vulnerable and diverse, so it’s about everyone being included.”

Another way that Yvonne is connecting people through her culture is through her first book of fiction, Sixty-Seven Days, published earlier this year.

“It just sort of evolved in its own way,” she says. “I drew on lived experience and on the people I’m ever so grateful for, including Schols, the Good Sams and the belief.

“It talks about culture and love and covers a whole range of other issues, looking at the key factors of the different parts of life, your faith, the people who are professionally impacting you, and your family and community, people like Aunty Shirley. They did make a difference and I wanted to make sure they were captured in a fictional way. These people and their stories are an important part of this country’s story.

“A novel is an opportunity to tell a story and to make people reflect and see where the truth-telling is.”

As she looks to the future, Yvonne says she has reservations about the Federal Government’s plan to hold a referendum on the question of an Indigenous Voice to Parliament.

“My reservation about it is that the Treaty should be first,” she says. “Otherwise, you’re asking people to make changes to a Constitution in a country where the Constitution was placed in a land that wasn’t vacant.

“Our rights and voices need to be heard, but there needs to be a Treaty first, rather than a Voice. The Treaty should activate a Voice, not the other way around.” 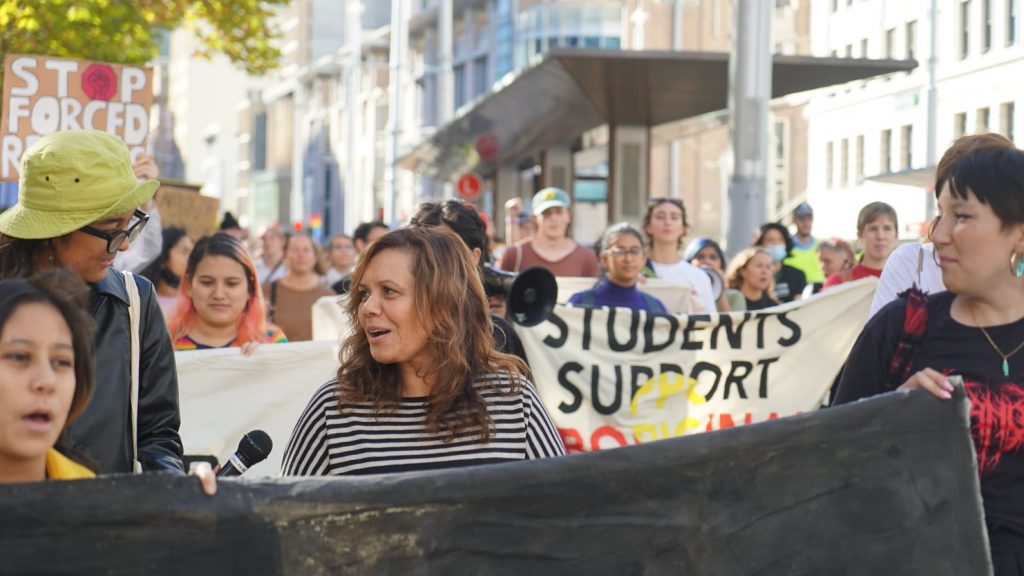 Yvonne Weldon marching with protestors on National Sorry Day in 2021. Image supplied and used with permission.

Loving God, teach us the prayer of neighbour love