A life-long commitment to the transformative power of education

Patricia Staunton AM is passionate about education, particularly for young girls. Her upbringing and the faith of her parents gave her a respect for social justice, she tells Debra Vermeer.

Leaving school early to help support her family didn’t stop Patricia from becoming a Member of Parliament and the Chief Magistrate of New South Wales, but it sparked a life-long commitment to the transformative power of education, especially for young women.

“Education is the most precious gift you can give someone,” Patricia says. “It can expand their world and act as a jumping-off point for their life, especially professionally.” 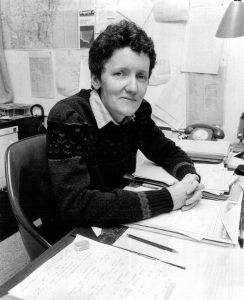 Patricia says she became aware through her friendship with Patricia Purcell, a board member of the Good Samaritan Foundation, of the work the foundation does in assisting young women’s education.

“I chose to support the foundation because of the work they do with young women’s educational scholarships. Education is one of the things that can help and empower young women to make the decisions they want to make in life, to help them achieve independence, financially and in many other ways,” she says.

Patricia was born in Townsville and spent most of her childhood there, as the eldest in a family of seven children, with an eighth sibling having died at an early age. Educated by the Sisters of Mercy, Patricia, says she left school at 15 to work in an office.

“Financially things were tight for our family, and I was a girl, and it was expected that I would get a job to support the family,” she says. “It was always a matter of regret for me that I had to leave school early.”

Patricia worked for a firm of local accountants until she was old enough to take up nursing.

After completing her nursing training and working at Townsville Hospital, Patricia moved to Sydney to take up midwifery at the Royal Hospital for Women.

While nursing full-time on shift-work, she also went back to school to complete her Higher School Certificate. A further post-grad program in intensive care nursing at St Vincent’s Hospital followed before she travelled to Africa and the United Kingdom in 1969.

While nursing in London, Patricia completed a Law degree at the University of London and was admitted as a barrister to the Bar of England and Wales.

During her nursing career, Patricia had been an active member of the nurses’ union, going on to hold various elected positions, including head of the NSW Nurses’ Association.

Returning home to Sydney after six years abroad, Patricia practised as a barrister and after a number of years at the bar she took a position with the NSW Nurses’ Association as a legal officer, before becoming General-Secretary of the Association and then, following an amalgamation, Federal President of the Australian Nursing Federation.

After a number of years there she took the big leap to stand for a seat in the NSW Legislative Council and was elected for the Australian Labor Party.

“I wasn’t very good at it,” she laughs. “I’d been running the Nurses’ Association and you become used to making decisions and being in charge, so I didn’t enjoy being told just to put my hand up at the appropriate time.

“I am also impatient and I’ve been told I don’t tolerate fools gladly, which can be a problem in politics.

“So, after a few years, I decided it wasn’t for me and I went back to the law and was appointed a magistrate in the Local Court in NSW.”

Patricia excelled as a magistrate and in 1999 she was appointed Chief Magistrate of NSW, and in 2000 also completed a Master’s in Criminology at the University of Sydney.

In 2002, Patricia was appointed Deputy President and Judicial Member of the Industrial Court of NSW, from where she retired in 2009.

Looking back over her life, Patricia says her career is testimony not only to personal drive and tenacity but to the power of education to create opportunities.

“That’s why I’m passionate about education, particularly for young girls. Because in the post-war era that I grew up in, education for women, with rare exceptions, was really not seen as important,” she says. “It was assumed that you’d marry and settle down with a husband and children.”

Patricia did not marry or have children, saying that it was very difficult “to have it all” in terms of a family and a demanding career at the highest level.

“I have the greatest admiration for women who can manage a career and children. Generally a woman strives to be the very best wife, mother and career person and that puts a great deal of pressure on them. Inevitably choices have to be made.”

In retirement, Patricia not only supports works such as the Good Samaritan Foundation but also keeps busy with a range of distinguished appointments. From 2010 until 2012, she was Chair of the Board of Justice Health and Forensic Mental Health Network (NSW) and in January 2013 she was appointed as part-time Deputy President and Member of the NSW Mental Health Review Tribunal.

In 1995 Patricia was made a Member of the Order of Australia (AM) for services to nursing.

While having “parted company with the Catholic Church many years ago because there are just too many areas on which we disagree”, Patricia says her upbringing and the faith of her parents gave her a respect for social justice which has informed the way she lives her life.

“It prepares you for the fact that the world is not a very fair or equal place and if you can do anything to address that unfairness in the world and in people’s lives, you should,” she says.

“I realised very early on, and my belief in this has only strengthened, that education is the key to that and so I’m very happy to support the foundation in the excellent work they do.”

“Patricia is an amazing and inspiring woman who has achieved so much and continues to prioritise those in need,” she said. “We are sincerely grateful to have her support.”