Matted Bush Pea, an endangered species that has been discovered on the property since conservation works began

Debra Vermeer recently visited the Good Samaritan Sisters’ Wivenhoe Conservation Project at Camden on Sydney’s southern outskirts, where she witnessed some of the “ground-breaking” work underway to restore the endangered Cumberland Woodland ecosystem.

“One of the things I love about my job is that it’s like being a treasure-hunter every day.”

Brendon Levot, of Toolijooa Environmental Restoration, is talking about his work on the Wivenhoe Conservation Project – an ambitious project to restore 190 hectares of the endangered Cumberland Woodland ecosystem located on property owned by the Sisters of the Good Samaritan at Camden on Sydney’s southern outskirts.

“We have found some endangered species regenerating on the site and it’s really exciting when you do come across them,” he says with enthusiasm.

And it’s not just plants that are regenerating on the site. Native birds are also returning, including the Swift Parrot, an endangered migratory bird. Four of the parrots have visited the Wivenhoe site in recent times, spending the winter there. The property is one of the only places in the Sydney basin that you will see a Zebra Finch these days, and the four wombats located in the bushland have been treated for their deadly mange, with at least one wombat couple now expecting the pitter-patter of tiny wombat feet.

All of these developments are signs that the Good Samaritan Sisters’ Wivenhoe Conservation Project is slowly but surely restoring the local ecosystem, which had become endangered through the growth of noxious trees and weeds, residential development across the western Sydney basin, farming and pastoral activity, and other modern threats.

“What we’re doing here is ground-breaking,” says Brendon. “We are not just going around and pulling out weeds, we are replacing the actual building blocks to allow the ecosystem to rebuild itself. It’s slow work, but we can see it is already paying off and it will pay off even further into the future.”

Good Samaritan Sister Bernadette Corboy says the Wivenhoe Conservation Project grew from the Good Sams’ long-held but growing desire to care for creation and a developing awareness that the 260-hectare Mater Dei property, owned by the Congregation since 1910, and adjoining the Nepean River, was home to one of the last remaining remnants of the Cumberland Plain Woodlands, which is listed as “a critically endangered ecological community”.

“The vision statement and mandate for the current Congregational Council when we assumed office in 2011 included a commitment to creation,” Bernadette says. “Consequently, a Creation Resource Team was set up to facilitate ongoing education and practical action.”

In 2012 the Sisters signed a formal agreement with the NSW Minister for the Environment, declaring 26 hectares of the property a BioBank site. The 26 hectares contains significant numbers of Grey Box and Forest Red Gum trees, both valuable and threatened plant species.

Under the BioBanking Agreement, the NSW Office for the Environment and Heritage (OEH) provides funds for the gradual restoration of the land. Each year, agreed outcomes, such as the removal of feral animals and weeds and regeneration of native species, must be achieved so that money can be released for further work. A second BioBank site on the property has just been commissioned, with work and funding set to begin soon.

According to the OEH, the first BioBank site will achieve a range of conservation objectives, including permanently protecting: 20 hectares of critically endangered Cumberland Plain Woodland and five hectares of the endangered Sydney Coastal River-flat Forest – known habitat for the Cumberland Plain Land Snail (endangered species), Speckled Warbler (vulnerable species) and Powerful Owl (vulnerable species), and potential habitat for another ten threatened animal species, including the Grey-headed Flying-fox, the Diamond Firetail, the Large-footed Myotis and the Hooded Robin.

Some of the funds raised from the BioBanking initiative will be invested to help pay for the ongoing maintenance of the bushland in perpetuity.

“We have engaged Toolijooa to assist us with their expertise. Hopefully, it can be restored, regenerated for the enjoyment of bush lovers, and we can also enable the regeneration of endangered plants and animals.”

Realising that they wished to preserve the Mater Dei property for perpetuity, the Sisters established the Wivenhoe Trust and a board was appointed to oversee the development and care of the site, which is also home to the National Trust colonial home, Wivenhoe (1837) and historic stables (1834), and the Mater Dei Special School.

In 2011 the Sisters entered into a joint venture with land development company Mbark Pty Ltd to offer a limited number of freehold home sites on 120 hectares of conserved bushland on the northern edge of the property.

That land development, called Kirkham Rise, once paddocked land, is now home to an impressive community of eco-style residences with architectural designs and materials to complement the natural surrounds. There are no gutters on the streets, but rather plant filtration systems, which funnel stormwater into a series of ponds for filtration, so that it is clean when it ends up in the Nepean waterway. The neighbourhood features walking trails and wildlife corridors to complement the bushland setting and the funds raised from the development help to finance the conservation project as well as other works of the Congregation.

Bernadette says the Community Engagement Sub-Committee of the Board is encouraging the local residents to get to know the conservation project and to be a part of it.

“We want to share a gift that we have with others,” she says.

Judith Holt, who is Coordinator of the Community Engagement and Education Sub-Committee, says that community engagement is vital for the future sustainability of the project.

“The local residents are going to be living in and using the area, with the bush paths and playgrounds, so it is important for them to understand how to care for it,” she says.

“And when the contractors finish their work on the property, we hope it will be the local community which takes ownership of it and really cares about keeping it sustainable into the future.”

On a four-wheel drive tour with Brendon through access tracks on the property, it is clear to see why the work is so important, and where the progress is being made.

On a section of track in the first BioBank area, the difference is stark. One side of the track is a beautiful scene of clear Cumberland Woodland, sparsely wooded with native gums and other trees and healthy, unimpeded grassland. On the other side of the track, in an area yet to benefit from the conservation works, it looks more like a jungle, with the trees and undergrowth choked by African Olive trees, a pest first imported to the area in colonial times.

“African Olive is a weed of national significance, which grows into a tree,” says Brendon. “It was originally brought out to Australia by John Macarthur who used it as a fencing plant. Slowly, it crept out from his Camden Park property and it is now the biggest weed in Western Sydney. It engulfs ecosystems and kills them.”

African Olive also destroys native ground cover, thanks to toxins that it drops, and it stresses the trees that it engulfs, leaving them susceptible to insect attack and fungal growth.

“These insects are called Lerps, and they destroy whole ecosystems,” says Brendon.

“The end result is a completely climaxed ecosystem such as you see here, and nothing can happen here now without intervention.”

That intervention has come in the form of Brendon and his team drilling holes in the Olive trees to kill them.

Because it takes a while for them to die off once drilled, it allows time for the birds and other animals to find new homes and so is kinder to the ecosystem than quicker removal methods.

Once the Olive trees are dead, Brendon and his team lay the branches in thatches across the ground to assist with erosion management.

“Then, we get native seeds in there and kick-start native regeneration of the area. It’s a technique not used anywhere else. The idea is that if you control the weeds, the natives will come,” he says.

“The way we look at it, we didn’t wreck this area overnight, it took a couple of hundred years, so we can’t fix it in a day either.

“It’s a big project, but it’s coming along.”

A bit further along on the tour of the property, Brendon stops to point out one of the endangered species that has been discovered on the property since the conservation works began. Named the Matted Bush Pea (Pultenaea pedunculata), it looks to the untrained eye like a small ground shrub, but for Brendon, its discovery was one of those “treasure-hunter” days.

“These little fellas are super important for the ecosystem,” he beams as he reaches down to point it out. “And they are endangered. So it has been so fantastic to find some growing here again. It says we’re doing something right.”

Apart from the threat of pest species such as the African Olive, the Cumberland Woodlands have become overgrown because of a lack of fire management, such as that used by Indigenous populations before European settlement.

To remedy that, Brendon and the team are working in conjunction with the Rural Fire Service to hold controlled burns on the site in the coming months.

“That should help clear out the overgrowth and really produce some quality native regeneration,” he says.

And with the bushland having been so choked for so long, there are no hollow logs lying around providing a home for all sorts of little creatures in the ecosystem. The conservation team is working with a local tree feller to bring in some hollow logs and restore this animal habitat to the area.

Judith Holt says the community is being invited to learn more about the treasures of their local Cumberland Plain bushland by coming along to regular tree plantings, as well as workshops on subjects such as conservation techniques.

“We’re also hoping to attract some funding and perhaps some help from community groups, such as the local Men’s Shed, for the restoration of the heritage listed stables on the property to transform them into a meeting place for workshops, community gatherings and education on the conservation effort,” she says.

“It’s all about helping the local community to understand how special this place is and to care about its future.”

Derek Steller, from the NSW Office for Environment and Heritage, says the Mater Dei property was among the first of the BioBank sites to be established, and there are now somewhere around 50 such sites across New South Wales.

“The work being done on the Mater Dei property through the BioBank scheme means that with ongoing management they will be able to return the land to what it was like 100 years ago, or earlier,” he says.

“When I first went out to visit the site, one of the sisters who lived on the property told me that when she was younger, she remembered being able to walk through the paddocks, down to the Nepean River to have a swim, before it all got choked up with weed.

“With the work being done through the BioBank scheme, there is now the prospect that once again we will be able to see the river, see the open native ground cover and walk down to the river, thanks to the restoration of the original bushland in that area, and that’s just wonderful.”

Find out more about the Wivenhoe Conservation Project on Facebook, where you can keep up to date about community planting days, workshops and other activities. The next Conservation Land Management Workshop will be on May 21, 2016. 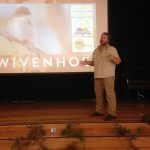 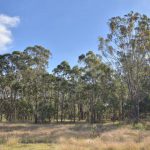 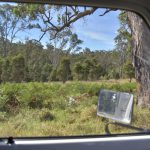 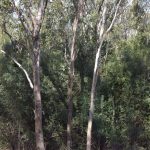 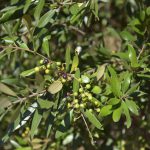 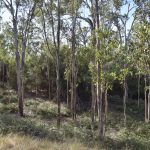 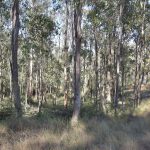 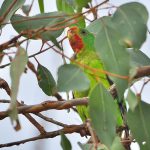 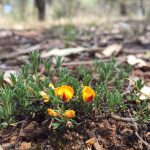 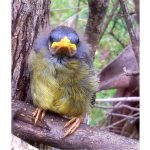 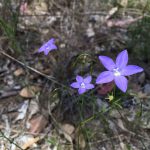 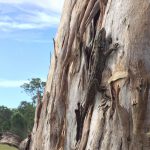 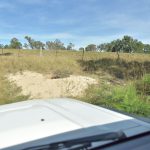 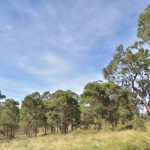 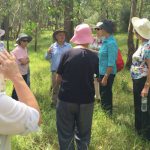 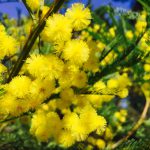 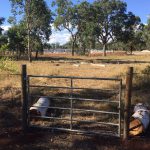 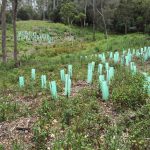 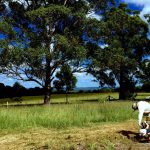 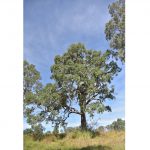