August 2021
HomeAugust 2021The rescue mission that captivated the world

The rescue mission that captivated the world

The Good Samaritan theme of ‘being neighbour’ runs strongly throughout a new film about the largest international cave rescue mission in history. The director, Tom Waller, spoke to Debra Vermeer.

In June and July 2018, Australia and the world was glued to the television and internet as the rescue of 12 young soccer players and their assistant coach, trapped in a deep, dark, flooded cave system in Thailand, played out on our screens.

For filmmaker Tom Waller, that rescue was the result of a series of miracles and an unprecedented chain of human connection, and he knew it was a story he wanted to tell.

Tom’s movie, which he wrote and directed, The Cave, from Heritage Films, will be released in Australian cinemas on August 19 and he says its timing in the middle of the COVID-19 pandemic is auspicious.

“It’s a good time for the film to be coming out now because it represents hope and it represents a time when people did come together, united, and we were able to achieve something great and save lives and, of course, maybe that’s the message that needs to go out now, today, in the middle of the pandemic,” he says.

“It’s a reminder of how people can come together as humans on the planet. The humanitarian story that went with the Thai cave rescue was one of a lot of lessons learned and I think it was that whatever you do, the power of many is better than the power of one.” 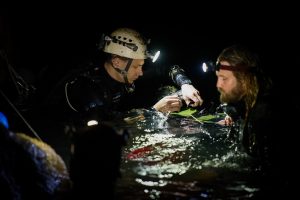 The film tells the story of the famous 17-day rescue operation from the perspective of the many volunteers who came together from all over the world to help retrieve the young people from the Tham Luam cave in a race against dropping oxygen levels and rising floodwaters.

To bring the boys and their coach out, cave divers had to sedate them, fit diving masks and oxygen to them and swim them out, one-by-one, through pitch-black, narrow cave tunnels. All were brought out alive, although former Thai Navy Seal diver, Saman Gunan, lost his life in the rescue attempt.

A standout element of The Cave is that it features many of the actual people involved in the events, playing themselves.

In particular, it focuses on the story of Belgian cave diver Jim Warny, who was living in Ireland, working as an electrician when he accepted the call to go to Thailand and help with the rescue.

“To tell the story using the real participants was my unique selling point on the project because I knew that everybody else would do a Hollywood version, and I knew that if I wanted to have this film be uniquely different, to be about the volunteers who came to the rescue, then I would have to use some of the real characters in it,” Tom says.

“And, let’s be honest, how was I going to find an actor who could play a Belgian diver living in Ireland, who knew how to cave dive? It was kind of a tall order.

“So, I screen-tested Jim very early on. I just got my iPhone out and started filming him doing a scene with his girlfriend at the time and I thought, you know, this might work. And that’s how it evolved.”

Other cameos include the uncle of one of the trapped boys who offered his jet-pump invention to try to pump the caves out. Even the local Muslim cooks who were making food for the volunteers appear in the movie.

Australia’s two divers who gained public admiration for their part in the rescue, anaesthetist Richard Harris and retired vet Craig Challen, don’t appear as themselves but are depicted among the rescue team.

For Tom, who was born in Thailand, schooled at England’s Benedictine Ampleforth College, and whose mother is from the north of Thailand, near the cave in Chang Rai Province, the telling of the story also had a personal aspect.

“Because I was born there and I know Thailand, I had a local connection in that I knew I could get a film together and off the ground pretty easily,” he says.

“My narrative choices were influenced mainly by the participants in the film. My story was going to be about the people we didn’t hear about in the press.

“In the end, that approach produced an amazing story of heroism and bravery on the part of all the volunteers.” 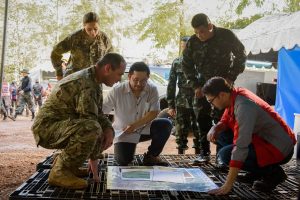 Tom says the international cooperation on the rescue was a defining feature of the operation.

“And the fact that people were unified by this event, which was all pre-COVID-19 of course. It was a very unifying event in that nations got involved, governments lent their support, multi-national teams got together,” he says. “I try to show that in the film. It doesn’t matter what race or which country they came from, what was important was the mission.”

While the Good Samaritan theme of ‘being neighbour’ runs strongly throughout the film, Buddhist spirituality also plays a central role.

“For me it was very important because my mother is Thai Buddhist and my father is Irish Catholic, so I’ve got that dichotomy of Catholicism and Buddhism,” Tom says.

“The Thais very much believe that the power of prayer is just as important as the empirical science of sending divers in to get the kids out.

“The fact that there’s a charismatic monk who’s interceding on behalf of the parents and families, he’s praying a vigil every night – this was absolutely what went on and I share it and I don’t necessarily make comment on it – I’m not saying this is how the kids were saved, but I’m saying there was a guy that came along, and he prayed, and guess what? Two days later they found the boys.

Available to rent on WONDER from November 11, 2021

Available to rent or buy from all other digital platforms, and on DVD, from December 8, 2021 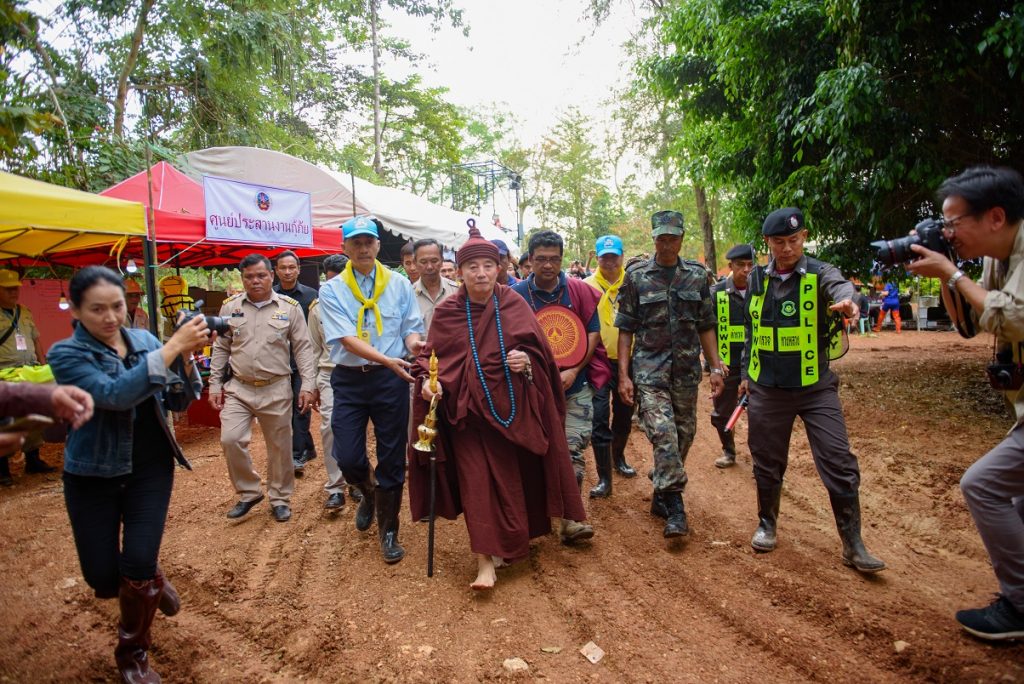 We become the stories we tell ourselves