Women’s Study and Mentoring Program doubles in size this year

The Good Samaritan Study and Mentoring (SAM) Program has doubled in size for its second year, meaning that eight women will receive support to undertake studies aimed at promoting women’s leadership within the Church, writes Debra Vermeer.

The popular SAM Program was able to be expanded thanks to financial assistance from a number of men’s religious orders.

Congregational Leader of the Sisters of the Good Samaritan, Sister Patty Fawkner, wrote to several male religious congregations in Australia offering them the opportunity to contribute to the SAM Program as a way of supporting women’s leadership in the Church.

“They have been most generous – another example of ongoing collaboration between religious congregations,” Patty said. “This means we will be able to expand our program in 2022.”

Sisters of the Good Samaritan Spirituality and Mission Animation Leader, Dr Monica Dutton, said the extra capacity in the program was a welcome development, given the demand.

“We had 30 applications this year,” she said. “It was lovely that the male congregations responded so positively to Patty’s invitation to support the program. They were very keen to promote the idea of raising the voice of women in the Church through assisting theological studies.”

Monica said the number of applications in the program’s second year indicated the need for ongoing support of the voice of women in the Catholic Church.

“Our feedback from the first group of women was they all felt very well supported by the program,” Monica said. “And one of the biggest positives they reported was that it wasn’t just a scholarship with financial support, but equally important were the other pillars of the program – spiritual direction and mentoring, as well as online gatherings held through the year.

“It seems that these elements of the program are what women are embracing and seeking out.” 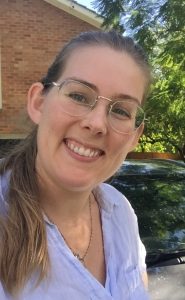 Kiara from Sydney said her mum alerted her to the program and it seemed like an answer to prayer.

“I’ve been looking seriously for some spiritual direction,” she said. “I’m a new mum with two young children and I’m completing a PhD in International Relations in the area of Vatican Diplomacy.

“This program was a rare opportunity in that it offered the spiritual direction component. I’ve also got a soft spot for Benedictines and the Benedictine tradition, so the Good Sams are a good fit for me in that respect.

“My hope is that I’ll find a little bit of spiritual consolation and clarity in terms of where God wants me to be and where I should be directing my energies.” 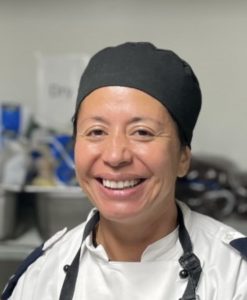 Sonia is working in Darwin as a chef with the Royal Australian Airforce. She said she was hoping the program could help her to achieve her aim of being a military chaplain.

Originally from Colombia, Sonia has a professional history in physiotherapy, but after arriving in Australia she took up studies in hospitality management and worked in a hotel before joining the military.

She already has four subjects in her Graduate Diploma in Theology completed and is hoping to complete two more through the SAM Program this year.

Sonia said she was attracted to the SAM Program for a number of reasons.

“There was the obvious monetary incentive,” she said. “At the moment, I owe the Commonwealth of Australia $10,000 for the subjects I’ve done so, as a single mother who needs to work while studying, the financial support is welcome.

“Another thing that appealed to me was that the studies are directed to women. The military is very male dominated and I’d like to be able to encourage other women to stand up for themselves in this environment.

“I feel that with the monetary help and spiritual guidance and supervision given to me, it’s going to be a good starting point to really ask God if this dream of being a chaplain is really my call.” 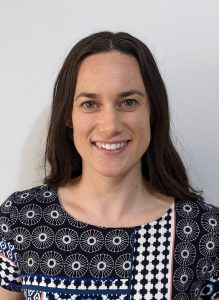 Leah from Adelaide has a professional background in youth work and equine activities, with youth from various cultural backgrounds, some with a disability and some with mental health challenges.

She said one of the main reasons for applying for the SAM Program was the opportunity for collaboration.

“I was particularly interested in the mentoring aspect of the program, where I could connect with like-minded women who have walked the road ahead of me and to learn from their wisdom, knowledge and lived experience,” she said.

“As well, I was excited to be a part of a community which celebrates the flourishing of women in the Church.”

Leah is studying a Graduate Diploma in Spiritual Direction and hopes to continue and deepen her work with youth and young adults and also incorporate her work with horses into a spiritual direction setting.

“My hope is to be enriched by the great opportunity that the program presents, to grow deeper in my journey with God, to be encouraged by the examples of other women in the Church, and to broaden my understanding of opportunities for women’s leadership in the Church,” she said. 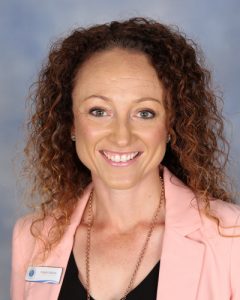 Angela is from Bathurst in New South Wales where she is Assistant Principal at St Philomena’s Catholic Primary School. She said she believes the SAM Program was a good fit for her because of “its mission of supporting and inspiring women”.

“In my career I’m really passionate about supporting women to achieve their goals in education, so there is a real alignment,” she said. “I’m also very attracted to the program’s spiritual aspect.”

Angela is studying a Master’s in Leadership and Theology, while raising three children and working in school leadership.

“My hope is to act as an inspiration for other young women who have children but also some aspirations in leadership in our education community so that one day I can be a sounding board for people going down that path,” she said.

“I think it’s going to be a beautiful journey.”

In the April 2022 edition of The Good Oil we will meet fellow SAM Program scholars Jaren Que Malales, who is in the second year of the program, Leslie Silva, Natalia Teguhputri and Elizabeth Dale.

Good Samaritan mural honours the past and inspires the community