This Irish-language film about Cait, a neglected girl who is sent away from her overcrowded, dysfunctional family to live with relatives in rural Ireland, is reviewed by Kerry Myers.

John Ford won the Academy Award for Best Director for his 1952 American romantic comedy-drama film set in Ireland, The Quiet Man. It delighted audiences worldwide and won plaudits for stars John Wayne and Maureen O’Hara, among many others.

Seventy years down the track, one might be tempted to expect something similar with the production of an Irish-language film (with English sub titles) The Quiet Girl, or in Irish, An Cailín Ciúin.

But that’s where comparisons need end.

The Quiet Girl is a low-budget adaption by director Colm Bairéa of Claire Keegan’s 2010 short story Foster. Cáit is one of four young girls in a poor family (both in affection and means) whose long-suffering pregnant mother and wastrel father send her to live with a cousin in Waterford during the summer holidays to relieve pressure on the impoverished household.

Set in rural Ireland in 1981, the film portrays the girl as a withdrawn, taciturn, sensitive while beguiling soul, out of place both at home and at her local school. She accepts the separation from her family stoically and moves in with the childless, middle-aged couple, Eibhlín and Seán, almost indifferently.

Although Eibhlín tells Cáit there are no secrets in the home, Cáit later discovers the tragic truth behind a boy’s hand-me-down clothes in which she is initially dressed and the bedroom in which she sleeps.

While hard-working dairy farmer Seán is at first reserved to the point of coldness toward the new member of the family, Cáit’s unassuming charm soon wins him over and a strong relationship builds between the three.

It becomes clear, too, that Seán’s reluctance to embrace Cáit is related more to the ‘secret’ than any behaviour or attitude of the girl.

Cáit is slowly drawn out of herself by the love and affection showered on her by her ‘foster’ parents. She delights in new, pretty dresses bought for her and in the enjoyable chores she does in Eibhlín’s kitchen and Seán’s dairy.

Seán, in particular, comes to a deep and appreciative understanding of her reserved personality, telling her: “Many’s the person missed the opportunity to say nothing”, and telling another: “She says as much as she needs to say.”

But the idyl must end, with the portent of news of a new baby brother back home.

Changing circumstance is also foreshadowed by Cáit’s encounter with a well on the farm to which the viewer is tantalisingly introduced earlier.

On the website Irish Culture and customs we read: “In Irish myth, wells and springs are depicted as originating in the Otherworld – that parallel dimension whose inhabitants have the power to control the natural forces of this world.” 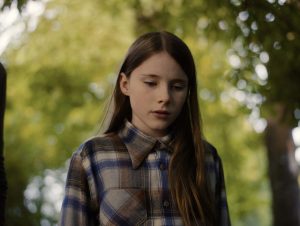 The Quiet Girl marks the acting debut of Catherine Clinch, a 12-year-old from Dublin where she attends an Irish language school. Her family has showbusiness connections – her mother is the successful Irish singer Méav Ní Mhaolchatha known as just ‘Méav’.

While inexperienced in the craft, her childlike naivety, vulnerability and innocence serve her well in the role, under the direction of Bairéad, who is also the screen writer.

One criticism, directed at many modern films, is the audio quality: while the Irish is subtitled, you need to bring your hearing aids (turned up high) for the occasional but important lapses into English.

The Quiet Girl is a marvelous way to spend 94 minutes – you won’t miss John Wayne or Maureen O’Hara, but bring your tissues.

The final scene is as powerful as it is heart-rending. With minimal dialogue, the ending, as with the entirety of The Quiet Girl speaks volumes in terms of understanding human relationships, grief and love.

The Quiet Girl has been recognised by a swag of awards, including gongs at both the Dublin and Berlin film festivals as well as seven Irish Film and Television Awards.

The film has prompted Irish Independent critic Paul Whittington to write: “I’m not one for hyperbole, but An Cailín Ciúin may be the best, most complete and satisfying Irish film made yet.”

Whittington is not alone in his praise. The Observer’s Wendy Ide calls the “accomplished work … one of the most exquisitely realised films of the year”, while The Guardian’s Peter Bradshaw calls it a “beautiful and compassionate film … a jewel”. 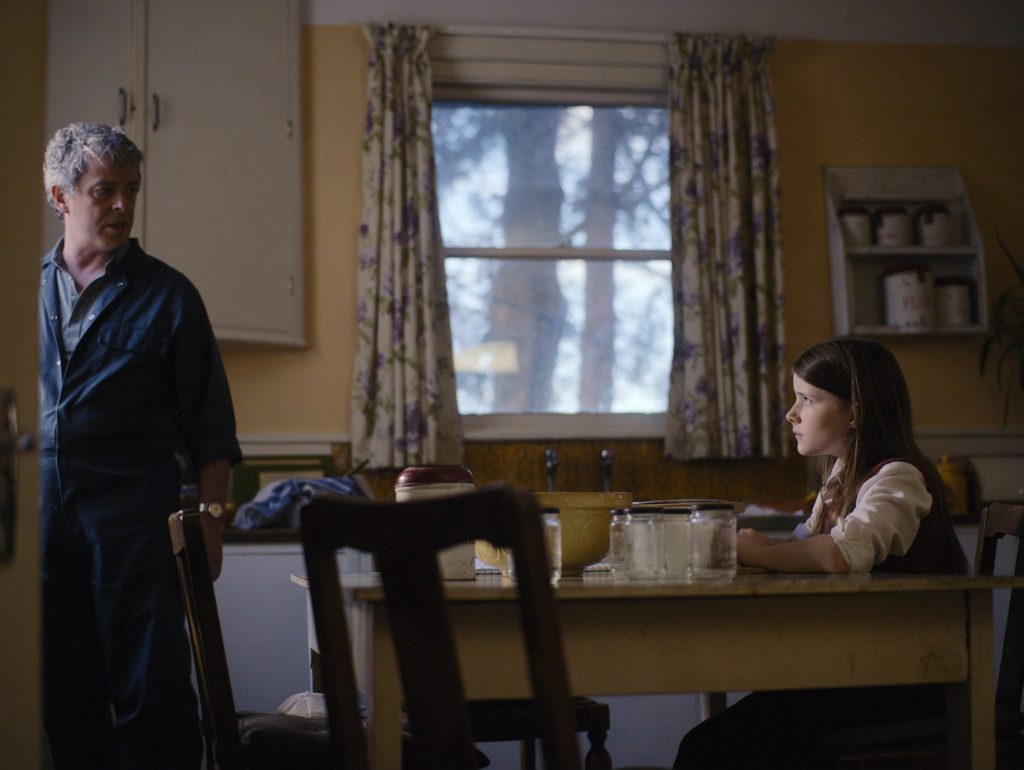 Listening to the Voice of Creation, listening to Country
Print Article The Good Oil Index