This year the theme for the Season of Creation is ‘Listen to the Voice of Creation’. Sue Martin reflects on the different ways in which it is possible to listen.

Peter Ridgeway is Team Leader (Biodiversity) at Greater Sydney Local Land Services. Recently, Peter walked the Cumberland Plain listening to Sister, Mother Earth. His book A Wide & Open Land – Walking the Last of Western Sydney’s Woodlands is full of inspiration on what it is to really listen to the voice of creation. 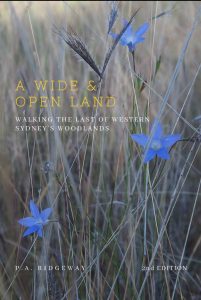 Peter starts his walk close to my home in Cattai, the Country cared for by Darug people for thousands of years, and traverses Western Sydney finishing at Picton on the lands of the Dharawal people.

He spends time on the side of the Nepean River at Wivenhoe (Cobbitty). This brought back many memories for me. I, too, have walked Wivenhoe as a member of the Faith and Ecology Network (FEN), which has an auspice agreement with the Sisters of the Good Samaritan.

They were shown areas that were once weed infested and are now regenerating with the help of bush regeneration principles and learnt about key plant species that make up the Cumberland Plain Woodlands.

Peter reminds us that conservation is equally about good science and good relationships.

The wisdom of the Sisters in restoring this piece of remnant bush is inspiring and links closely to the Benedictine value of Obedience, which has its roots in audire “to listen”. When St Benedict begins his Rule with the exhortation “Listen” he emphasises the stance of obedience required of all who seek wisdom. 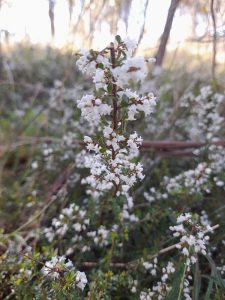 We all need wisdom as we listen to the voice of creation, especially with the recent release of Australia’s State of The Environment Report 2021, which found clear signs of deterioration in almost every aspect.

I was educated by the Good Samaritan Sisters at Pennant Hills. They instilled in me a great love of helping neighbour and responding to the injustice we are inflicting on our earth. My world view has long held that I need to be the ‘Good Samaritan’ with Country, and to advocate on the many injustices being done to our Sister, Mother Earth.

This is not our Western, coloniser sense of Country that my upbringing reinforced, but that held by First Nations people. We can all go on the journey to be more connected to Country, which our Darug elders encourage all to refer to as Ngurra.

Since I started working at the Hawkesbury Nepean Catchment Management Trust as an educator in the 1990s, the trust began each report using the wisdom of April Bright: “If you don’t look after Country, Country won’t look after you.” (April Bright, 1992) 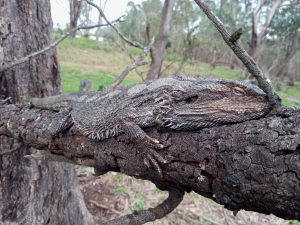 Other First Nations community leaders share that Country encompasses everything within the physical, cultural and spiritual landscape.

Peter Ridgeway’s book encourages us to listen to Country, to walk Country wherever we may be. Biodiversity Month in September each year is a time to think about conservation. Can we sit by our river or in our place today to undertake the contemplative practice to connect with Ngurra, to hear the voice of creation? To take inspiration from Peter; be wise stewards.

“We are in an extractive economy that takes life and concentrates wealth. Any time we take life, whether it be the life of a community, soil, oceans, species, insects, cultures, forests or human rights, it is degenerative. Regeneration is a pivot. It chronicles and delineates how to do a 180 and move to regenerative outcomes. The current socioeconomic system is stealing the future — climatically, biologically, culturally, ethnically and generationally.” (Paul Hawken)

The Season of Creation began on September 1, the Day of Prayer for Creation, and will end on October 4, the Feast of St Francis of Assisi, the patron saint of ecology.

As we celebrate the Season of Creation in both prayer and action, may we be a people of hope, faith and love for our neighbours in a warming world and take inspiration from listening to Country. The ecological restoration work at Wivenhoe instils hope for our future. 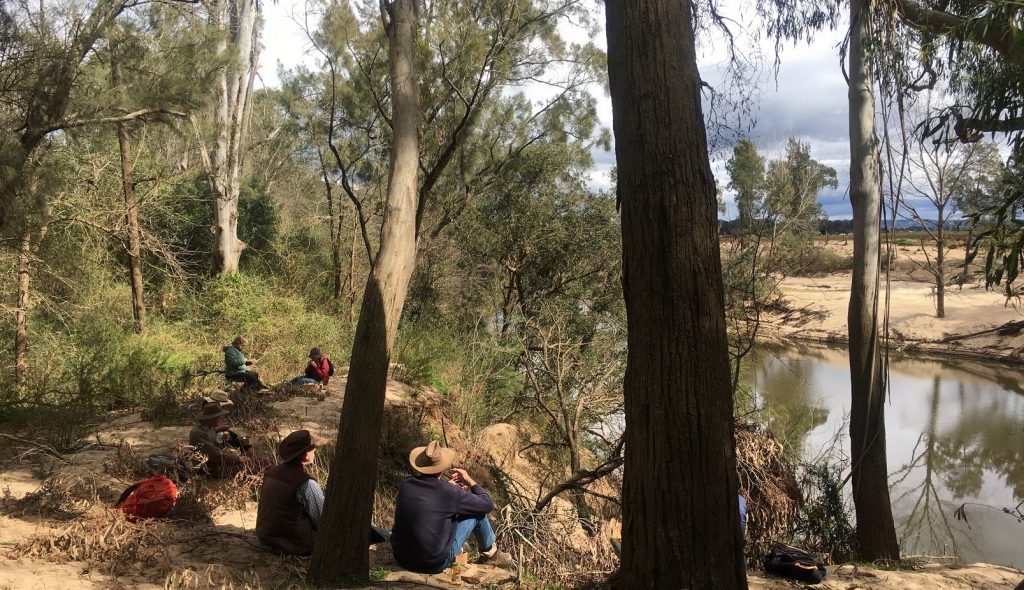