For our final edition of the year, The Good Oil has gathered recommendations from some of our readers and writers for what to read, watch, and listen to in the New Year.

There is something for everyone in this list of recommendations, which are sure to nourish your mind and spirit. 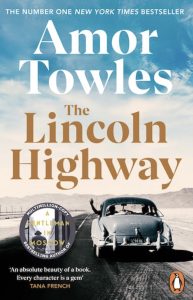 This is the story of Emmett and his young brother Billy, finding their way across America trying to leave behind a life marked by poverty, imprisonment and family questions. The novel is written using the voices and perspectives of various people who are part of the journey and gives the book energy and the feeling of constant movement.

While not filled with entirely uplifting experiences, the book reflects the complexity of moving into adulthood and how the twists and turns of life are influenced by people and place. It is a road trip through 1950s America, with some beautifully written sections and characters who reveal their joys and sorrows. (Penguin Books Australia) 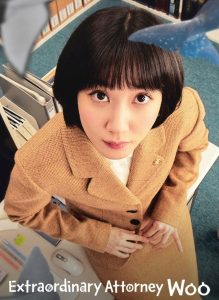 This is the latest Korean series to capture audiences across the world. It was the highest-ranked show worldwide on Netflix in August and the streaming giant’s most-watched show in Korea.

The legal courtroom drama takes the viewer into the world of Woo Young Woo (Park Eun-bin), a brilliant young law graduate with a photographic memory, who embarks on finding a job and faces workplace rejection due to her Autism Spectrum Disorder (ASD). The drama evokes the challenges and joys the person with ASD experiences on a day-to-day basis and how society reacts to diversity.

Extraordinary Attorney Woo examines the thinking and complexity of adult relationships, particularly romances, of people with an intellectual disability. It explores the relationship between father and daughter and the lengths parents will go to in order to shield their children from the harsh realities of life. It challenges and illuminates traditional workplace hiring, discrimination and inclusivity practices.

While Park has won accolades from the ASD community for her performance, the only downfall is that the show does not have any significant roles played by people with ASD. This series is suitable for ages 15+ and will stimulate great conversation about inclusivity and acceptance. (Netflix, watch trailer)

Listen: How Other Dads Dad, a podcast by Hamish Blake. 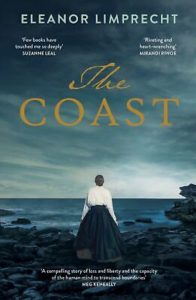 Read: The Coast by Eleanor Limprecht

Book club feeds my soul: a group of friends who come together on a regular basis to explore a book that one member of the group has chosen. No matter what we score the read, we love that we have been asked to read a novel chosen by a friend. The most recent book was The Coast, the fourth novel by Eleanor Limprecht.

It was an easy read but filled with so many issues of our time such as leprosy in Australia and how we treated those with it, especially our First Nations community. It was also an insight into Little Bay La Perouse and how Country soothed those afflicted with disease.

Limprecht teaches creative writing at UTS and talks about how the community she is a part helps shape her writing. I love this and sense it in the book – the strong ties of community. (Allen and Unwin)

Watch: Back To Nature with Aaron Pedersen and Holly Ringwald. I watched this ABC series during the pandemic lockdowns and highly recommend it. It is a deep dive into contemplative practice in nature. (iView)

Listen: I love the Explordle app, which is a take on the Wordle phenomenon. With Explordle you have eight guesses to identify a new place in the world each day. (Explordle) 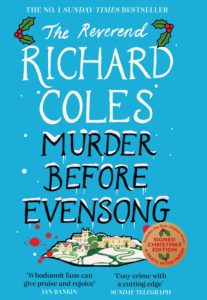 A Canon Clement Mystery by Richard Coles. Described by his publishers as the only vicar in Britain to have had a No. 1 hit single (The Communards’ Don’t Leave Me this Way) and appeared on Strictly Come Dancing, Richard’s first venture into fiction is compelling, even if it does take a little too long, perhaps, for the first murder to occur.

His experience as an Anglican priest (part inspiration for the British sitcom Rev.) is authentically reflected in the novel’s central character, Daniel Clement. Characteristic of the best of British murder-mysteries, Murder Before Evensong immerses the reader in the social and political world of a small parish confronted by the challenges of modernity: ought there be a toilet in the church (why did so many churches not have toilets?).

The experience is enjoyable and pure escapism and reassuring that the experiences of one parish are not too dissimilar to those of another, except for murder, of course. (Weidenfeld & Nicolson, 2022)

Watch: Black Panther: Wakanda Forever for its elevation of a strong female scientist and superhero in the MCU. (Marvel Studios, watch trailer)

Listen: Beethoven for Three: Symphony No. 6 ‘Pastorale’ and Op. 1 No. 3 (Sony, 2022), featuring Yo-Yo Ma, Emanuel Ax and Leonidas Kavakos. This is the second in their series of refreshing reimagining of Beethoven’s symphonies. 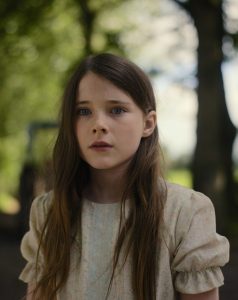 There are many lenses through which to view The Quiet Girl: addiction’s destructive effects upon families; a window into rural Irish poverty in 1981; grief. But to confine yourself to these lenses would be to miss its profound message: hope. Even the prevalence of Gaelic is testament to triumph over adversity – the resurrection of a language that was almost crushed by imperialists.

The neglect of nine-year-old Cait is captured in imagery: her shabby sandals; her unkempt appearance juxtaposed against a classmate’s shiny pigtails. But it is her family’s insensitivity to this child who has internalised household unhappiness that makes viewers’ hearts ache.

Dispatched to relatives, Cait is so withdrawn she can barely lift her gaze to convey the heartbreaking, “Mam says … keep me as long as you like.” With Sean and Eibhlin’s care, reflected in the tenderness with which Eibhlin soothes Cait’s shame at bedwetting by deflecting blame on to this “old mattress … always weeping”, she begins to smile. Thus, when a gossip reveals what may have been her relatives’ initially mixed motives in taking her in, Cait has become so imbued with love that she, in turn, does not blame.

In one sense, this film ends where it began, with Cait returning to her dysfunctional family. But Cait, Eibhlin and Sean are not the same. Through their healing journey, each will take up their old lives fortified by the transforming power of love. (Madman Films, watch trailer)

Read: The Crucible by Arthur Miller. This play will engross readers in the struggle to regain goodness for a man who has lost his way. (Penguin Classics)

Listen: The Rose by Bette Middler. Be inspired to take the risk of loving, reassured that each of us are the seeds that “with the sun’s love” can “become the rose”. (The Divine Miss M) 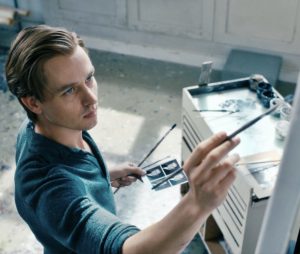 This film was written and directed by Florian Henckel von Donnersmarck, nephew of the former Abbot of Heiligenkreuz in the Vienna Woods, who is known for visiting his uncle’s 900-year-old monastery to write some of his screenplays.

The film is loosely inspired by the life of artist Gerhard Richter and begins in Nazi-occupied east Germany. It is mostly a gripping meditation on never looking away from the beautiful or the monstrous.

Having watched the film three times, I am convinced of its value as cinema and inspiration. Not one to oversell a movie, I merely suggest it’s worth watching, so put on the English subtitles and never look away. (Sony Pictures, rated M, watch trailer.)

Read: Friends: A Poem for Every Day of the Year, edited by Jane McMorland Hunter has become to me what it is about, a thick book rich with friends of the poetic variety. (Batsford) 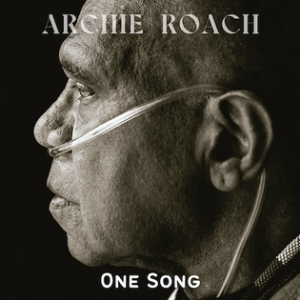 Listen: Archie Roach (1956-2022) has formed the sound and soul of Australian music for more than 30 years. A 44-song anthology, My Songs: 1989-2021, gives voice to this history and the stories that have captured the imagination and hearts of people all around the world. The songs include Took the Children Away from the iconic Charcoal Lane album of 1990 to his newest song, One Song, which has been described as a lullaby to humanity.

The anthology is a powerful companion to Archie’s moving autobiography from 2019, Tell Me Why. Archie’s gentle strength and generosity shine through in both his music and writing, documenting his transformation of anger, his commitment to reconciliation, his love of his family, and his mentoring of the next generation of First Nations musicians. Rest in peace, Uncle Archie. These songs are a lasting gift to the world from one of Australia’s master storytellers.

We sing out across the land
and across the water.
We sing woman, we sing man,
we sing son and daughter.

Remember well what we have told you
and don’t forget where you come from.
Mother Earth will always hold you
and you are born of just one song.

Read: Atlas of the Heart by Brene Brown.

Festive season a celebration of faith and family