The Sydney Statement interfaith charter calls us to be neighbour

The Sydney Statement launched on February 9 is particularly relevant to Christians who have for too long been enclosed in our tribal religious silo, writes Rev Dr Patrick McInerney SSC.

On reading Pope Francis’ 2020 encyclical, Fratelli Tutti, I was struck by the following line:

Now there are only two kinds of people: those who care for someone who is hurting and those who pass by; (FT, 70)

I tried to resist the starkness of this statement, to soften the absolute either/or alternatives. I said to myself, “Well, there are also those who hurt people, and there are those who are hurting, so that’s another two kinds of people!”

But then I realised that those who hurt people do so in retaliation for what they have suffered at the hands of others, so their aggression makes them complicit with those who pass by. And those who are hurting either allow that experience to make them bitter and hurtful towards others, as above, or use it to become more compassionate towards the suffering of others. The stark alternatives now returned with all their cutting-edge challenge: What kind of person am I? Do I care for those who are hurting? Or do I pass by? 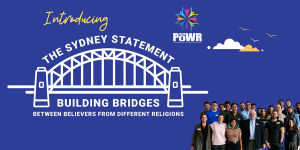 Pope Francis’ statement comes from his reflection on the parable of the Good Samaritan. The lawyer to whom this story was first told probably felt the same confronting question, what kind of person am I? He had simply asked, “who is my neighbor?”, a perfectly legitimate question. How far do my neighbourly responsibilities extend? To next door only? To two houses down the street? To five houses? To seven houses?

Jesus doesn’t answer his question, but tells the story of the priest, the Levite and the Samaritan, at the end of which he poses a question to the lawyer, “Which of these three, do you think, was a neighbour to the man who fell into the hands of the robbers?”

Jesus turned the tables completely on his questioner. In the original question, the lawyer was comfortably at the centre of his world, with all others measured in relation to him, who is my neighbour? Jesus’ new question puts those who are hurting at the centre. It challenges the lawyer, to whom are you neighbourly? What kind of person are you? Do you care for those who are hurting? Or do you pass by?

Let us dream, then, as a single human family, as fellow travelers sharing the same flesh, as children of the same earth which is our common home, each of us bringing the richness of his or her beliefs and convictions, each of us with his or her own voice, brothers and sisters all. (FT, 8)

The remaining chapters of Fratelli Tutti unfold as a series of applications of this core insight: on the primacy of the human person (Chapt. 3), on national borders (Chapt. 4), on politics (Chapt. 5), on society (Chapt. 6), on peace and reconciliation (Chapt. 7), and on religions (Chapt. 8).

Not so in Jesus’ time! For Jesus’ listeners, the Samaritans were apostates and heretics, who had abandoned the tradition of the ancestors, irredeemable, contaminating, not to be associated with. While it was astonishing that neither the priest nor the Levite assisted the wounded man at the side of the road, a Samaritan would have been expected to take advantage and do further harm, perhaps even despatch the hapless victim!

It absolutely stunned Jesus’ listeners that a Samaritan not only did good but became the exemplar. This was so mind-bogglingly astonishing that when asked, “Which of these three, do you think, was a neighbour to the man who fell into the hands of the robbers?” the nearly struck-dumb lawyer could not even take the reviled Samaritan name on his lips and stuttered, “The one who showed him mercy.”

Through many centuries the church followed the patristic dictum, extra ecclesiam nulla salus (outside the church there is no salvation). There were exceptions – baptism of desire, invincible ignorance – but the axiom prevailed and shaped our attitudes to believers from other religions. They were like the Samaritans of Jesus’ time, of no merit, beyond redemption, to be avoided at all cost. Vatican II and Nostra Aetate changed all that. Fratelli Tutti follows in that same spirit. It demands that we show mercy to others, that we reach out to them, especially to those who are hurting. But centuries-long, deeply ingrained attitudes are hard to change!

On February 9 this year, Youth PoWR (Parliament of the World’s Religions) launched The Sydney Statement, an interfaith charter for Building Bridges Between Believers from Different Religions, on its dedicated website, www.thesydneystatement.org.au. It is an initiative of the Columban Centre for Christian-Muslim Relations, in partnership with Western Sydney University. It is supported by the NSW Government through Multicultural NSW and underwritten by St Columban’s Mission Society.

The Sydney Statement is a multi-faith document – generated by young adults from different religions, led by the Youth PoWR volunteers from different religions, overseen by a steering committee of senior representatives from different religions – but it is particularly relevant to Christians who have for too long been enclosed in our tribal religious silo. The values, principles and 21 commitments of The Sydney Statement are a pedagogy for retraining our minds and hearts, following the example of the Good Samaritan, in the spirit of Fratelli Tutti, for reaching out to our sisters and brothers in other religions, for rediscovering our common humanity, for living out our common vocation to love self, God, each other and all creatures.

In its own way, The Sydney Statement too poses the same question, what kind of person are you? Do you care for others? Or do you pass by?

The Sydney Statement is available as A1 and A4 posters, A5 booklet, and online at www.thesydneystatement.org.au. PDF files of the posters and booklet can be downloaded free from the dedicated website, and professionally printed versions can be purchased from the online shop. The website has a wealth of resources on interreligious dialogue, links to national and international interfaith organisations, and practical suggestions and resources for carrying out the 21 commitments.

Rev Dr Patrick McInerney is a Columban missionary priest. He was assigned to Pakistan for over 20 years. He graduated from the Pontifical Institute for the Study of Arabic and Islamics in Rome, the Melbourne College of Divinity and the Australian Catholic University. Fr Patrick is the Director of the Columban Centre for Christian-Muslim Relations. He is a member of various interfaith and academic organisations and gives talks on Islam, Christian-Muslim Relations and Interreligious Relations.

Sing a new song: The Book of Longings