Caring for Sisters’ health and well-being ‘a graced experience’

Marie Mohr with Sisters and members of the Health team. Image: Sisters of the Good Samaritan.

In more than a decade as Health and Well-being Coordinator for the Sisters of the Good Samaritan, Marie Mohr has seen much in the way of change, growth, challenges and even a COVID-19 pandemic, writes Debra Vermeer.

But as she leaves the role, Marie looks back on it as “a graced experience” and “definitely the best job of my career”.

“It’s the people,” she says. “The relational aspect of the role. Over the years, I think I would have met every Sister in the Congregation, including those in Kiribati, Japan and the Philippines. It has been a gift to have been received with such grace by all the Sisters.”

After a career in nursing and health administration, Marie was looking for a change from the frenetic pace of public health when she took on the role with the Good Samaritan Sisters in 2011.

“I had been on the board of the Good Samaritan Inn and Sister Veronica Hoey mentioned to me that this job was being advertised and suggested I apply if I was interested,” she says.

Before Marie’s arrival, the Sisters had nurses employed at a state level but as the Congregation aged and the needs became more complex there was a need for someone to oversee the Health and Well-being area and build a strategy for the future. 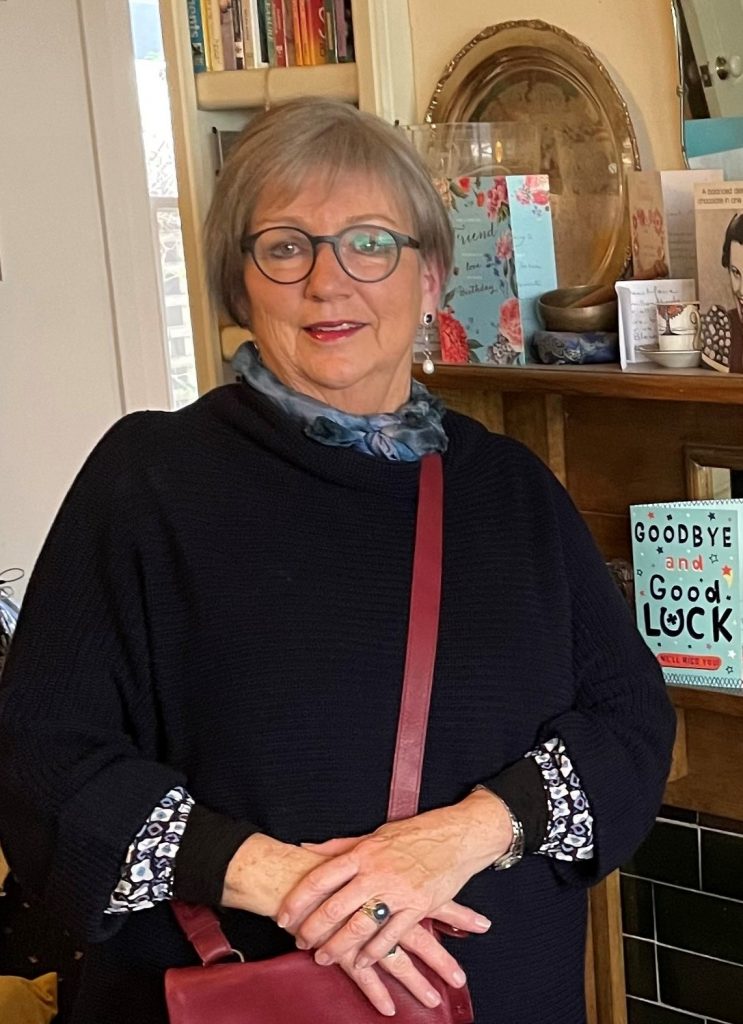 “When I started, we had four nurses across three states,” Marie says. “As well as that, Sisters were engaged as Primary Care Sisters to provide a level of support for Sisters in Care.

“But over the years, the Sisters couldn’t continue in those roles forever, as they began to age themselves, and so we brought in lay staff.

“That took a lot of adjustment because these are very relational and, in some way, intimate roles and the lay staff also needed to learn how to work with the Sisters.

“It was a matter of bringing the charism into the role, particularly those Benedictine and Good Samaritan aspects of hospitality and being neighbour. I’ve seen these aspects of the Good Samaritan values develop and grow in the relationships between the staff and Sisters.”

In recent years, the Federal Government has continued to make changes to the aged care sector, moving the focus to supporting older people to live independently at home through the provision of Home Care Packages.

“In line with this, we saw the health care consultants working closely with Sisters to facilitate services and supports in the community through the allocation of these Home Care Packages,” Marie says.

The COVID-19 pandemic brought fresh challenges, but Marie says the Health and Well-being staff took it all in their stride.

“We felt it was important during that time that the staff, particularly the nurses, still felt connected, so we organised regular Zoom catch-ups,” she says.

“The staff were very nervous, of course. We didn’t want anyone in any of the houses to end up with COVID. We created a comprehensive COVID plan to deal with any outbreak, which thankfully, we didn’t have to enact. We had online sessions and COVID training in infection control to ensure all staff were as protected as they could be. And the Sisters were great. The nurses would guide the Sisters through things by phone, as required.

“The Care Support Staff did window visits and video conferencing visits and, in general, staff and members of the Congregation went out of their way to ensure Sisters in care were reassured that they weren’t forgotten.

“It was an amazing time, that’s for sure. But I’m pleased to say that during that period we had no deaths from COVID.”

When Marie flagged her desire to retire, the Sisters instigated a review of the position to assist in their future planning, given the changing needs of the Congregation and in acknowledgment that the scope of the role had grown over the years.

As a result, the Congregation has now employed a Health Care Coordinator in each state, with Bernadette Halley having taken up the national role of Director of Health and Well-Being.

“Bernadette comes with an impressive background and different skills to me in some areas and we’re now at a time when she will take the role to a whole new level,” Marie says.

As she looks back over her time in the role, Marie says she is filled with gratitude.

“I’m grateful for the staff I’ve worked with, who are such a wonderful group of women and so committed to the Sisters,” she says.

“And as for the Sisters, it’s been a real privilege and it has deepened my own spirituality – the simplicity of being neighbour and treating people with compassion and respect – in the context of this role, you saw that every day.” 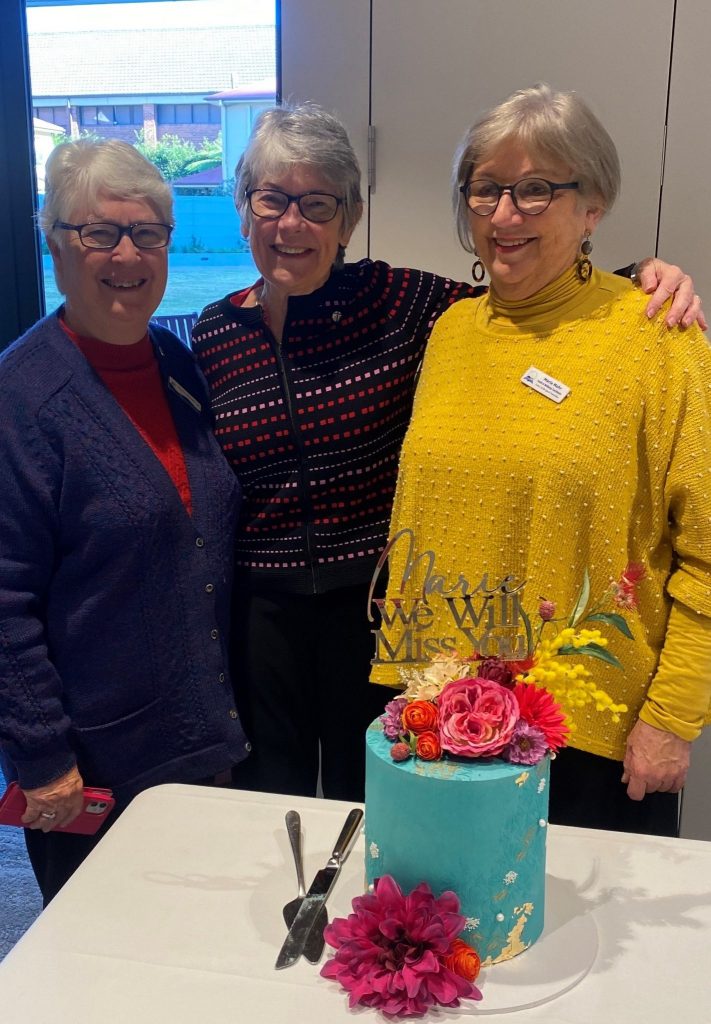 Marie’s attraction to the Benedictine-Good Samaritan charism saw her become a Good Samaritan Oblate and, more lately, the Local Coordinator of Victorian Oblates.

“It was sort of like a coming home for me, spiritually,” she says. “And that just continues to grow. It’s a lifelong thing.”

Marie will return to her home state of Queensland next year and says her retirement will still include active roles in her areas of interest.

She was recently appointed a Member of the Good Samaritan Inn, a ministry for women and children in crisis, and is a member of Catholic Religious Australia’s Health and Well-being Committee.

Sister Veronica McCluskie, the member of the Good Samaritan Council with responsibility for Health and Well-being, says that Marie and the Congregation have journeyed through a time of great change together.

“When Marie was appointed, we had fewer elderly Sisters than we have today and a very small health team,” she says.

“In the time she was there, the role changed completely, and we started to need more staff as the Sisters were becoming more aged. On top of that, the Government changed its aged care policy completely.”

Veronica says the recent review highlighted how the scope of the role had grown and the tremendous contribution Marie was making.

“Marie was aware of the needs right across the board and just had this personal ability to deal with what needed to be done,” Veronica says.

“It was no surprise that when we were farewelling her, people spoke over and over about Marie’s ability to handle situations, her generosity, common sense, and her gift at building relationship.

“Marie is Good Samaritan to the core. She lives the charism and she certainly lived it in all that she did in this ministry.”

And still we pray and long for peace