The creation of a new national education committee for lay-governed Catholic schools whose heritage lies in religious institutes was a terrific act of faith, confidence and hope in the future, said one of its members, Good Samaritan Sister Catherine Slattery. 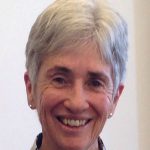 A Public Juridic Person (PJP) is a legal entity under canon law that allows various Church ministries to function in the name of the Catholic Church. Many religious congregations that are no longer actively involved in running schools have transferred the governance of their schools to a PJP to carry on their ministry of education within the framework of each congregation’s spirituality and charism.

Almost 150,000 Australian students are educated at these schools.

The new national committee replaces and builds upon the legacy of Catholic Religious Australia’s previous Education Committee and ensures that the AMPJP has a nominee appointed to the National Catholic Education Commission (NCEC), a body of the Australian Catholic Bishops Conference.

“It’s lovely to see this come to fruition,” Catherine said. “It is the fruit of many labours, but it is now coming into its own.

“It’s a terrific act of faith, confidence and hope in the future of these schools and the wonderful thing is that it is not only the vowed and ordained doing this. It belongs to the people of God.”

The committee’s main aims include to:

Philomena Billington, interim chair of the committee, said these schools had a rich heritage of spiritual charisms, innovation, educational pedagogy and social justice, and continue to contribute to the mission of Catholic education across Australia in partnership with all schools.

“Religious Institute and Ministerial  Public Juridic Person schools continue Jesus Christ’s mission of liberating, teaching and learning, hospitality, sharing wisdom and providing support and encouragement so that all may experience ‘life to the full’ (John 10:10),” she said.

Catherine is a highly experienced educator who will be the association’s representative on the NCEC. She said it had been a long process to arrive at this point, with some congregations transferring their schools to the Catholic diocesan education system, while others took the route of establishing a PJP to carry their education ministry forward.

“The move to PJPs in Australia has been huge,” she said. “It’s a great credit to the religious orders who have been courageous and far-sighted enough to go with this new form of governance and to gift their legacy, their various charisms and spirituality and place it all in the hands of laypeople who will now carry it forward.”

Catherine said the Sisters of the Good Samaritan began moving towards lay-led governance of their schools through incorporation back in the early 1980s under the leadership of Sister Mary Ronayne SGS.

“Mary Ronayne began the process of incorporating our colleges in the early 80s, which was an acknowledgement that the future leadership and governance of our colleges was to be in the hands of others,” she said.

In 2011, under the leadership Good Samaritan Sister Clare Condon, the Sisters established Good Samaritan Education to assume all governance responsibilities for their 10 schools.

Mater Dei adapts to new ways of teaching, learning and supporting one another
Print Article The Good Oil Index