For our last edition of 2020, The Good Oil has gathered recommendations from some of our readers and writers on what to read, watch, and listen to in the New Year.

There is something for everyone in this list of recommendations, which are sure to nourish your mind and spirit. 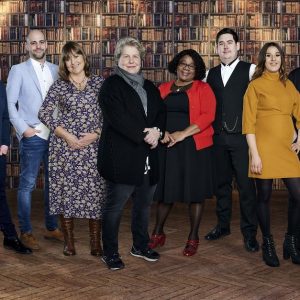 British writer and television personality Sandi Toksvig leads this heart-warming program through people’s triumph over their illiteracy. Associated with childhood education, reading and writing skills can be taken for granted. Barriers to education due to disability and learning difficulties are showcased as adults struggling with illiteracy are given the opportunities, patience and support that was withheld in their education during childhood.

The eight participants range in age from 22 to 66 years and are living with dyslexia and other learning difficulties. The Write Offs spreads awareness about adult illiteracy and the social marginalisation people experience as a consequence, whilst simultaneously offering hope to all who can relate.

The story of Paul McLean aged 31, an English and Drama teacher who suffered a stroke and damaged the left-side of his brain, demonstrates to literate adults how a devastating health event can further impact whole livelihoods and, importantly, how there is always hope in recovery and improvement.

While dyslexia and other learning difficulties are not classified as disabilities, The Write Offs triggers a wider conversation about the social barriers imposed on people requiring additional support due to ill health or disability. This television documentary, available on Channel 4’s YouTube channel, approaches a seriously overlooked issue and convinces the audience to cry happy tears.

Read: The Language of Flowers by Vanessa Diffenbaugh

Listen: No Such Thing as a Fish by The QI Elves (Podcast on Spotify)

2020 began with a failure of governance. The warnings of those with decades of experience in fighting bushfires was ignored in 2019 by the Australian Government. Unprecedented climate change induced fires consumed the land. The smoke had hardly disappeared when COVID-19 hit. Lockdown void gave way to vaccine hope, with a backdrop of US politics claiming our attention. Governance by denial and Twitter. 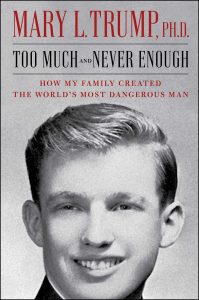 Read: Early in the year I read Madeleine Albright’s Fascism: a warning. A European Jew who had emigrated to America, she writes of the characteristics of various 20th Century fascist leaders. Her final chapter paints a portrait of Donald Trump using these characteristics. Curiously.

I have ended the year reading Mary Trump’s Too Much and Never Enough. A fascinating ‘family of origin’ study, giving insight into the making of Trump, the world’s most dangerous man, as his niece describes him. These two important texts have been the bookends of my year’s reading.

Watch: In this year of US politics, I stumbled on President Obama’s eulogy for Senator John McCain on Youtube. Despite being an old adversary and having lost the presidency to Obama, in his dying days McCain asked Obama to deliver the eulogy. A rich friendship forged across political divides emerges. A refreshing tone and the antithesis of a Trumpian model of governance.

With governance on the radar, two books worth reading and a moving Youtube video to boot!

Read: A Room Made of Leaves by Kate Grenville 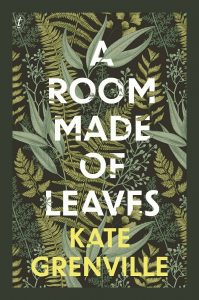 We have heard so much about fake news this year. In recent times we are beginning to be challenged to view the white settlement of New South Wales through our First Peoples’ eyes. What if history were written through the eyes of women? What difference would that make to our understanding? This is what A Room Made of Leaves invited me to do. Kate Grenville has crafted a novel, based on the actual letters of Elizabeth Macarthur, wife of the notorious John Macarthur, who I remember from my schooldays as the founder of the Merino wool industry in Australia.

The author cleverly weaves another view of history. It is that of a strong woman who is forced to deal with all the limitations of the conventional understanding of femininity and  marriage. She poses questions about who John Macarthur really was. Was he a just a man of his day, driven by the need to be seen as successful and powerful or was he, in fact, a sociopath? Was it Elizabeth who was responsible for so much that has been attributed to a man?

Kate Grenville has a great ability to make images come alive as she makes Elizabeth come to grips with her situation in relation to her servants, to the Aborigines around her, to the reality of a loveless marriage. At the same time Grenville is challenging the reader, through the eyes of Elizabeth, to face the harsh reality that success and flourishing can so often be at the expense of others. Elizabeth comes to understand that the home she loves, Elizabeth Farm, Parramatta, is stolen land from the local Aboriginal tribe.

I found this an easy yet quite gripping read. 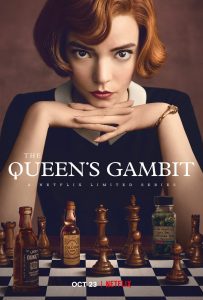 If the audience reception is anything to go by, The Queen’s Gambit is a Netflix binge-worthy series.

Beginning in 1950s America and based on the 1983 novel by Walter Tevis, this is a compelling account of female chess prodigy, eight-year-old orphan Beth Harmon (Anya Taylor-Joy, Isla Johnston & Annabeth Kelly), who learns to play the game from the orphanage’s austere janitor, Mr Shaibel (Bill Camp).

By the age of 16, Beth is competing in the US Open Chess Championship and struggling with severe emotional problems of abandonment, resorting to alcohol and drug dependency. Along with great acting and storyline, the sets, costumes and music of the era, this is a classic feminist trope of a woman pioneering a man’s world. 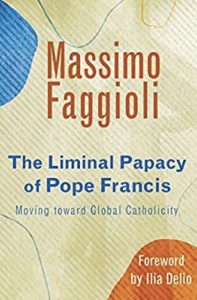 He writes that Francis’s is a “liminal” papacy, one that gives attention to the poor, to the peripheries, and to relations between the Vatican and other religions, with an emphasis on the Church as the people of God. He also explores the current papacy in the light of his immediate predecessors Benedict XVI and John Paul II and shows his similarities with the spirit of John XXIII.

Watch: Hillbilly Elegy – a raw portrayal of generational poverty in the US (Netflix)

Listen: David Tennant Does a Podcast With … the star of Doctor Who and Broadchurch interviews other actors 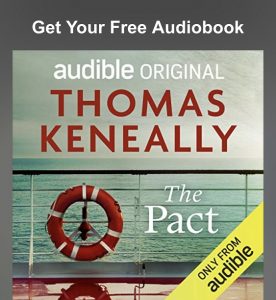 Well-known author of Schindler’s List and The Chant of Jimmie Blacksmith, Thomas Keneally takes us into the lives of a happily married couple, Paddy and Jenny Davern from Sydney, as they embark on a cruise to London to re-live past memories and fulfil their promise towards each other.

Written with sensitivity and honesty, we get to know Paddy and Jenny as they grapple with painful and unexpected memories during the trip. They meet some colourful characters on board who seem to distract them for a time as to what lies ahead.

I thoroughly enjoyed listening to The Pact, which is full of surprises, intrigue and suspense. It will not disappoint.

Read: Where the Crawdads Sing by Delia Owens 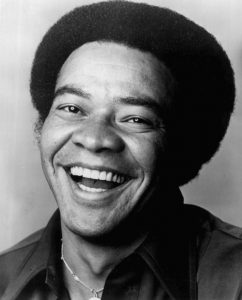 In a year characterised by pandemic and bushfires, I found great comfort in music, looking forward each week to The Music Show. The husky-voiced presenter Andrew Ford is reassuring and the musical topics wide ranging and instructive. Ford’s encyclopaedic knowledge is matched by his ability to draw out musicians about their music, influences and personal tastes.

When the singer-songwriter Bill Withers died, Ford commemorated it by interviewing biographer Jose James. James said Bill Withers regarded himself solely as a songwriter. When he auditioned his songs for record producer Booker T Jones, he played guitar and sang merely as a guide. But Jones recognised something exceptional in Withers’ voice. A recording session was arranged to which Bill Withers was duly invited. He arrived and looked around for the singer who would be doing his song Ain’t No Sunshine When She’s Gone. “Bill, you’re the singer,” Booker T insisted. “No, no, not me,”  Withers replied. But Jones prevailed and Bill Withers reluctantly sang his own song. And 50 years later it’s still playing on the radio. 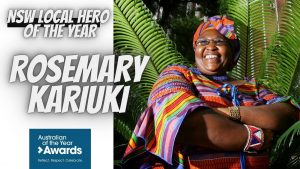 I don’t think it’s possible to watch Rosemary’s Way and not be moved. It tugs at your heart strings and calls you to stand up, reconnect with the world and feed your faith.

This is a documentary about charismatic changemaker Rosemary Kariuki, who has recently been announced New South Wales’ Local Hero for the 2021 Australian of the Year Awards.

Rosemary has a mission to empower migrant women, enticing them out of cultural silos, and exposing them to new ideas, experiences, and the wider Australian society. Over the course of a year, we witness her reaching out to isolated migrant women and their gradual transformation as they find their voices and confidence in this new country that is now their own. Her warmth, laughter and natural joy infects even the most hardened viewers.

Rosemary’s Way was a 2020 Sydney Film Festival finalist for Best Australian Documentary and is a must watch for community builders!

Read: Women Don’t Owe You Pretty by Florence Given 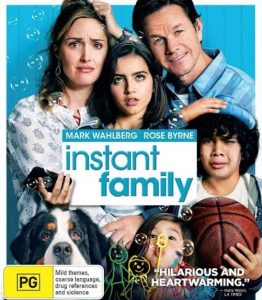 This is a family comedy-drama featuring Rose Byrne and Mark Wahlberg as parents who adopt three children. Although it may not fully encapsulate the complexities of adoption, it provides a small yet insightful glimpse into the challenges that parents undertake when wanting to adopt children.

Whether it be the stigma attached to the newly formed family, the legal processes or establishing a ‘cosmic connection’ to the children, the film highlights that adoption is a challenging vocation but is worth considering.

This film certainly was not on my bucket list, but during COVID-19 I happened to stumble across it and it resonated with me because it highlighted the importance of children needing a sense of love and stability within their lives.

Listen: Be by BTS (album)

Sustained efforts to care for creation are taking flight