It was the end of an era when Good Samaritan Sister Sue Hallams retired from her role in pastoral ministry at St Francis Xavier College in Canberra in December 2021, bringing to a close the Sisters’ 94-year presence in education in the Archdiocese of Canberra and Goulburn.

Sue was the last in a line of many Good Sams who have ministered in education in Canberra since they opened the first Catholic school, St Christopher’s in Manuka in 1928.

Congregational Leader Sister Patty Fawkner wrote in a letter to Archbishop Christopher Prowse that the Good Sams’ association with the Archdiocese of Canberra and Goulburn began when it was the Diocese of Goulburn. 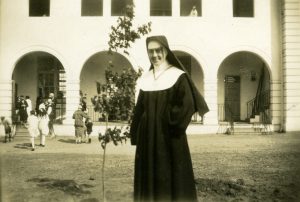 “The Sisters of the Good Samaritan arrived in Canberra for the opening of St Christopher’s School in January 1928, headed by the cultured and well-loved Mother M Dympna Finn. The other pioneers were Sisters M Benedict Theodore, Bonaventure Foley and Francis Borgia Egan.

“In the 1960s and 70s, with the establishment of diocesan systems of education, all the primary schools and many of the secondary colleges of which we had 17, were incorporated into the local diocesan system.

“With the retirement of Sister Sue, this almost completes 95 years of continuous Good Samaritan service in Catholic Education in Canberra alone.”

After joining the Good Sams, Sue began her teaching career at St Scholastica’s College in Glebe in the boarding school and then moved to Mater Maria College in Warriewood on Sydney’s northern beaches. After completing an Arts degree that she had begun earlier, Sue taught at Rosebank College Five Dock where she was later appointed Assistant Principal.

In 2003 she had a period of renewal and retired as an administrator in schools, deciding to study Spiritual Direction through Australian Catholic University in Canberra.

“After that I was appointed to St Francis Xavier in a pastoral role and I’ve really enjoyed that,” she said. “I really loved relating one-to-one with the students and the staff.” 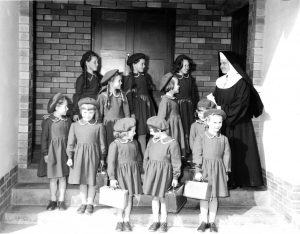 Sue said her role at the College was very flexible and involved a variety of aspects. “I responded to whatever the need was.”

That included supporting the school’s Religious Education Coordinator in the areas of liturgy and spirituality, and working with the student leaders on formation days.

“It was just being a presence in the community,” she said. “At times wandering informally around the school and chatting to staff and students.

“And I enjoyed providing outreach to families, to visit or give support at times of bereavement.”

Sue supported students who were experiencing grief through establishing the Seasons for Growth program at St Francis Xavier, together with a team of staff members.

She also began a group for students who were carers for other family members.

“School can be a bit burdensome for those students for a range of reasons. For example, it’s hard to get your homework done when you have to go home from school and care for your parent or sibling,” she said.

“So, we’d meet with them a couple of times a term and see how they were travelling and sometimes go into bat for them with teachers and really just be there to support them.

“It was all very rewarding work. You get to know the staff as well and what’s happening in their families and offer support. Each day was different, and I learnt that life is about interruptions and you just go with the flow. I saw it as a role of hospitality.” 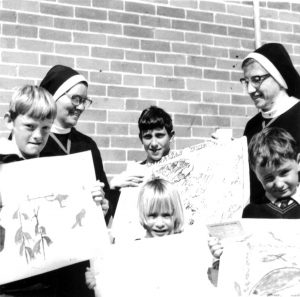 The Principal of St Francis Xavier College, Paul Carroll, said the school was “blessed to have somebody with Sister Sue’s background and outlook on life to be involved in what was really quite an eclectic but important range of activities”.

“We’re really going to miss her,” he said. “Sister Sue spent a lot of time with families, assisting them when under pressure. She was a listening, willing ear, providing practical support and spiritual support.

“As a Sister of the Good Samaritan she really walked the talk, but it was all done in such a way that it almost appeared to be done invisibly.”

Paul said the withdrawal of the Sisters of the Good Samaritan from education ministry in the Archdiocese marked an important milestone.

“The Good Sams were significant in setting up the school system we have today,” he said. “They are known for having a real love of families, kids and education – that’s the legacy we’re enjoying in Catholic education today.”

In a letter to Patty, Archbishop Prowse acknowledged the Archdiocese’s “enormous debt of gratitude and thanksgiving for the many years that the Sisters of the Good Samaritan have served so selflessly in so many different apostolates here in the Archdiocese of Canberra and Goulburn”.

The Good Sams will remain present in the Archdiocese with a small community at Red Hill. 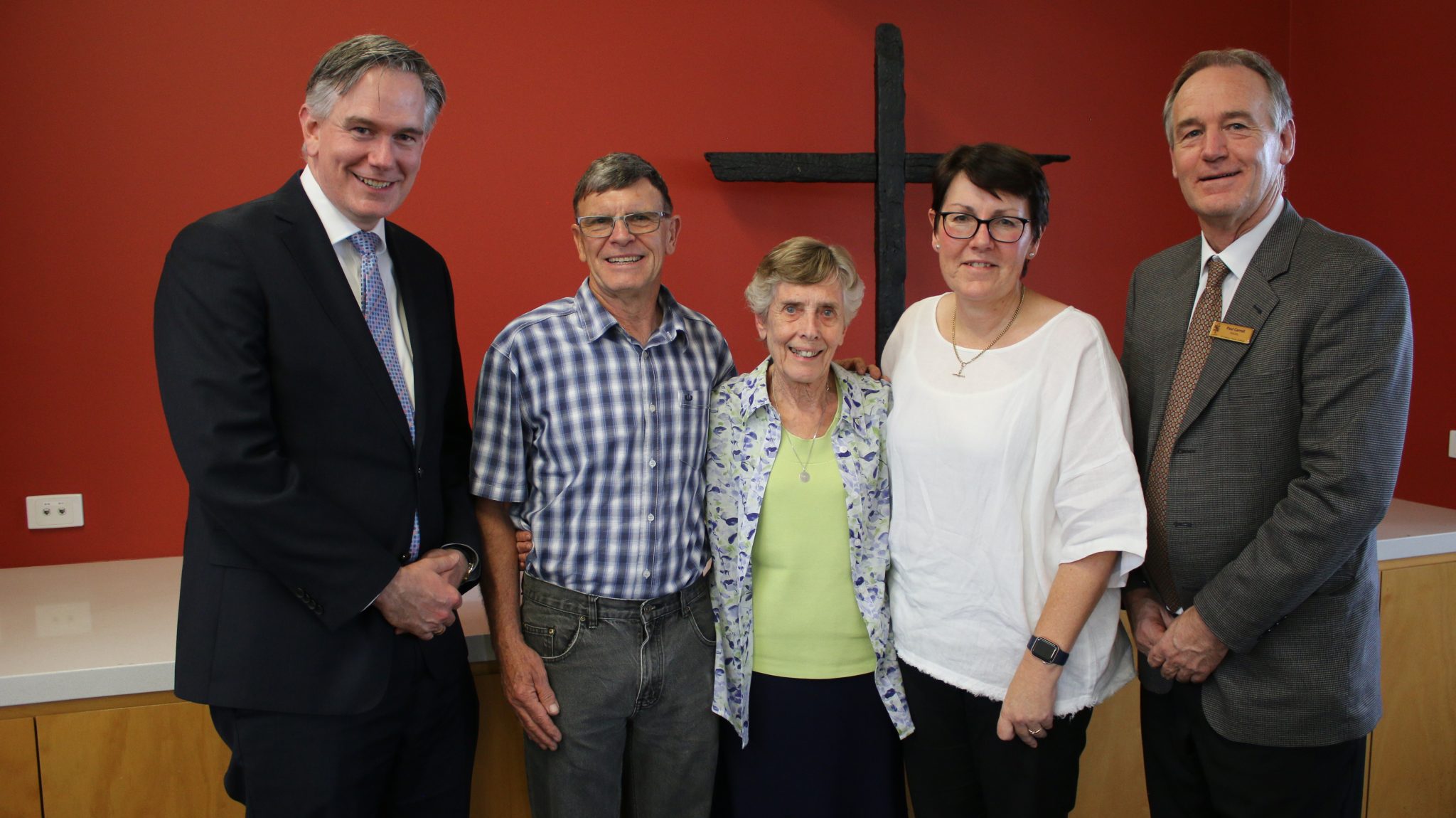